Cowboys news: Despite mistakes and officiating, Dallas leaves Foxborough with a win 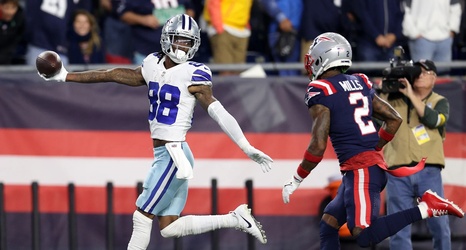 The Cowboys are now 5-1 after winning a game that saw its fair share of miscues and missed calls.

The Dallas Cowboys found themselves in a knock-down, drag-out dogfight in the northeast on Sunday, but somehow survived. A 35-yard pass from the arm of Dak Prescott landed in the wide-open arms of CeeDee Lamb for an overtime score and a 35-29 victory.

Entering the game on a four-game winning streak, things got off on the wrong foot. A failed fourth-down conversion in their own territory led to a quick New England score and then red-zone issues flummoxed their offense two times later in the half.