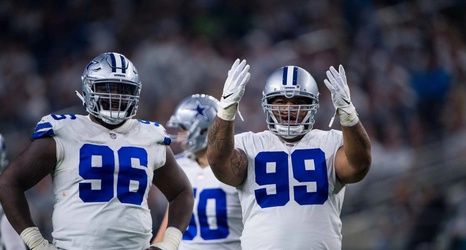 The Cowboys know they have work still to do at defensive tackle.

It’s hard to find much.

Youth? The Cowboys took Neville Gallimore in the third round last season and Trysten Hill in the second round the year before. There have been flashes of promise from both — flashes — but nothing sustained. If Hill builds on what he showed early last season before injury ended his season that’s a good sign.

Free agent signing Brent Urban does a good job of holding his own at the point of attack and should hope the team’s run defense.