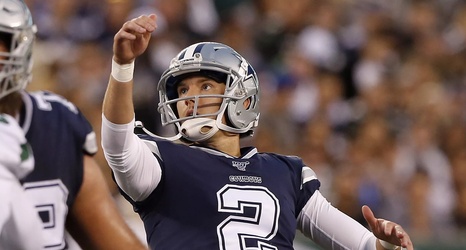 Cowboys cut kicker Brett Maher, sign Kai Forbath - Nick Shook, NFL.com
In a move that seems like barring the barn door after the livestock has escaped, the Cowboys finally got around to getting rid of Brett Maher and trying someone else.

Maher’s forgettable 2019 season as a Cowboy comes to a close after 13 games in which he made just 66.7 percent of his 30 field goal attempts (but was perfect on all 36 extra points). The 30-year-old drew the ire of Cowboys owner Jerry Jones after the kicker missed field goals in each of Dallas’ last two losses, which both came on prime-time national television.