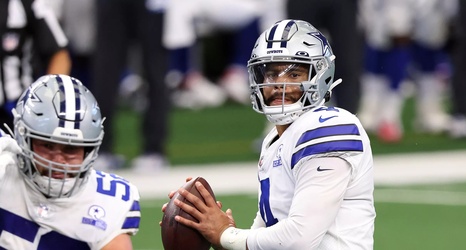 On Tuesday, news broke that the Cowboys front office has had negotiations with Dak Prescott’s agent about getting a long-term contract ironed out. Apparently those negotiations left the team feeling optimistic about a deal getting done.

According to a source, Cowboys vice president Stephen Jones has had recent conversations with Prescott’s agent Todd France and both are of the mindset that they need to get a deal done.

While there is no sense of when something can get accomplished and no progress has been made, it clear that the Cowboys have no concerns about his recovery from a fractured ankle that ended his 2020 season after five games and are willing and ready to do a deal now.