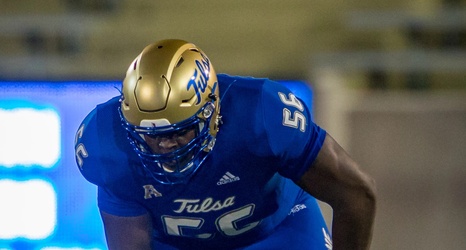 In 2016, the Dallas Cowboys used their first pick in the NFL Draft to try and help quarterback Tony Romo by selecting Ezekiel Elliott. Although things did not pan out the way they expected when Romo went on injured reserve during the preseason, Elliott certainly had a stellar year. As they had intended, he also took some of the pressure off his quarterback as he and Dak Prescott were the rookie sensations that year. This year, things have come full circle, as Dallas used its first pick to take offensive lineman Tyler Smith. He is expected to play left guard, and it appears his main value to the team is to shore up the run blocking for Elliott.