Cowboys fall to Seahawks 38-31 in a wild one 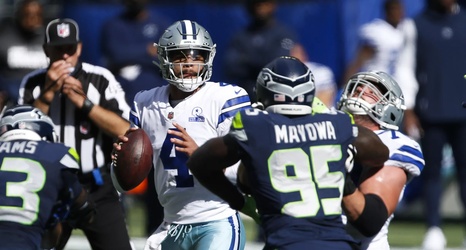 The battle against the Seattle Seahawks, at their house, was seen from the moment the 2020 schedule was released as one of the toughest challenges they would face - and it proved to be a real challenge. The Dallas Cowboys had to fight their own mistakes as much as anything before losing 38-31 on a last-second interception thrown by Dak Prescott.

It was predicted by many to be something of a duel between Prescott and Russell Wilson, and that was how it wound up. Both would have some impressive stats, with Prescott going over 450 yards passing for the second week in a row, while Wilson had five touchdown passes, also his second consecutive week to do so.