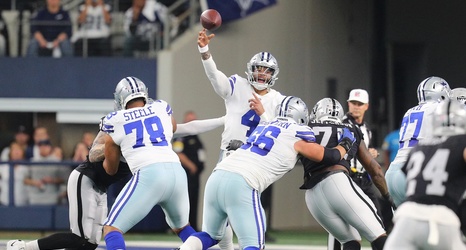 We all tend to overindulge on Thanksgiving, and we were treated to some extra football as well, as the Dallas Cowboys wound up losing their annual holiday game 36-33 to the Las Vegas Raiders in overtime.

During the crucial finale, the Cowboys won the toss but had to start from their own seven-yard line after some great coverage and a penalty on the kickoff. A poor pass forced a punt from their own 13, but a booming effort from Bryan Anger plus a block in the back pushed the Raiders back to their own 22.