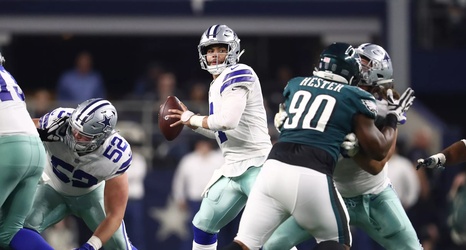 It wasn’t all that long ago when the best offensive line in football title was given to the Cowboys. In 2016, they won the inaugural Built Ford Tough Offensive Line of the Year award and had Tyron Smith, Zack Martin and Travis Frederick in peak form. Dak Prescott and Ezekiel Elliott took the NFL by storm that year, and it seemed like the good times would last forever.

They didn’t. Don’t get it wrong, over the past couple of year the Cowboys offensive line has been good, but they haven’t been the dominant unit they were during that peak.