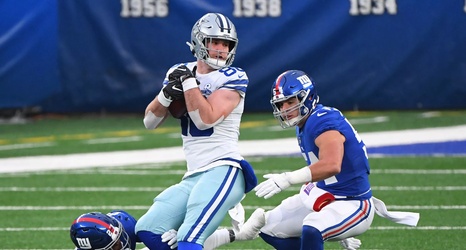 Yes, the Cowboys have plenty of important free agents in the 2021 offseason. The biggest is, of course, Dak Prescott. On defense they have some higher-profile guys like Aldon Smith, Chidobe Awuzie and Xavier Woods to make decisions on. But let’s take a look at some of the lower-tier free agents that could or could not return to Dallas. Specifically, we’ll look at two offensive players who technically play different positions, but serve the team in a similar way.

Noah Brown is a wide receiver. Blake Bell is a tight end. Yet they both primarily serve as blockers on offense, and spend considerable time on special teams.