Could the 2020 Dallas Cowboys offense mirror the Kansas City Chiefs? 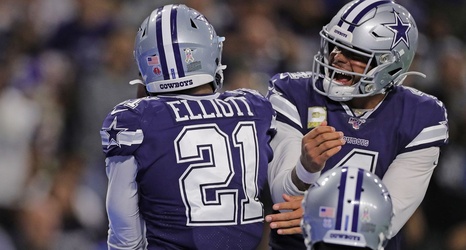 Whenever the Dallas Cowboys miss the playoffs, watching them is, at times, difficult. Still, when you love football, it’s hard not to tune in and see the best of the best in that given season.

Offensively, it’s impossible to argue that the best performance over the weekend belonged to the Kansas City Chiefs. After taking the first quarter off, the Chiefs’ offense became unstoppable.

Scoring on eight straight possessions, seven of which being touchdowns, Kansas City turned a 24-0 deficit into a 51-31 laugher to advance to the AFC Championship. The outburst of offensive wizardry tied or set several records, however, it was something else that caught my eye.