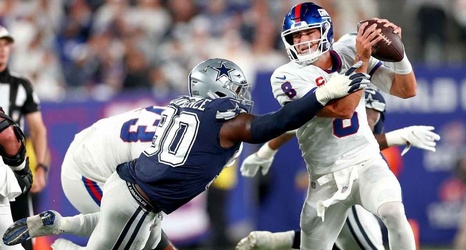 EAST RUTHERFORD, N.J. -- Filling in for an injured Dak Prescott and making consecutive starts for the first time in his career, Cooper Rush led the Dallas Cowboys to a 23-16 win against the New York Giants on Monday. He was assisted by a fierce pass rush that sacked QB Daniel Jones five times and pressured him 24 times.

When the Cowboys needed Rush the most in the second half, he was at his best. After the Giants took a 13-6 lead in the third quarter, Rush completed 12 of his next 13 passes for 129 yards in leading back-to-back touchdown drives.