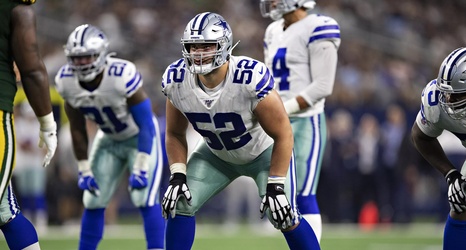 This week got off to quite the start when Dallas Cowboys center Travis Frederick announced his retirement on Monday afternoon. While it isn’t exactly difficult to understand, it was obviously still somewhat surprising.

As far as the need this creates for the Cowboys, center is still not exactly their number one priority. Given that Dallas has already re-signed both Adam Redmond and Joe Looney they seem to have options, plus there is second-year guard/center Connor McGovern waiting in the wings which creates a number of opportunities.