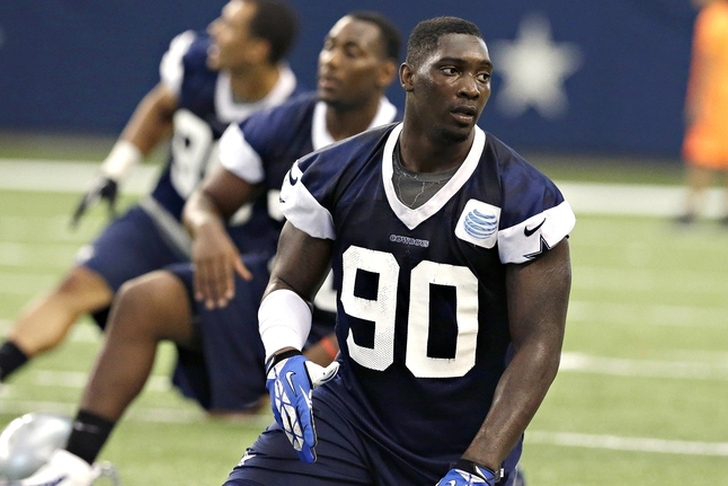 The Dallas Morning News and NFL.com's Ian Rapoport have reported that Lawrence is facing a four-game suspension, confirming the report below.

Dallas Cowboys starting defensive end Demarcus Lawrence will be suspended for a failed offseason drug test, a source with direct knowledge of the situation told Chat Sports on Wednesday.

Lawrence tested positive for amphetamines, according to the source, which typically carries a penalty of four games. The Cowboys are expected to make an announcement regarding the suspension within the next 24 hours.

The Boise State product played in only seven games as a rookie after suffering a fractured right foot in training camp. Lawrence had a strong showing in the 2014 postseason, however, recording two sacks, one forced fumble and two fumble recoveries. In the Cowboys' wild card playoff game with the Detroit Lions, Lawrence's sack and fumble recovery with less than a minute to go punched Dallas' ticket into the next round.

Losing Lawrence for any period of time would be a huge blow to the Cowboys, as they are already very thin at DE. Randy Gregory was suspended four games back in February, and only two other players on the team's active roster -- free agent signee Benson Mayowa and 2015 fifth-round pick Ryan Russell -- have logged NFL snaps at the position.

The most high-profile NFL suspensions for amphetamines came in 2014, when wide receiver Wes Welker (Denver Broncos) and defensive tackle Naloti Ngata (Baltimore Ravens) both tested positive. Welker had his suspension lifted after the league released a revised drug policy.

Follow our Dallas Cowboys page for all the latest Cowboys news!