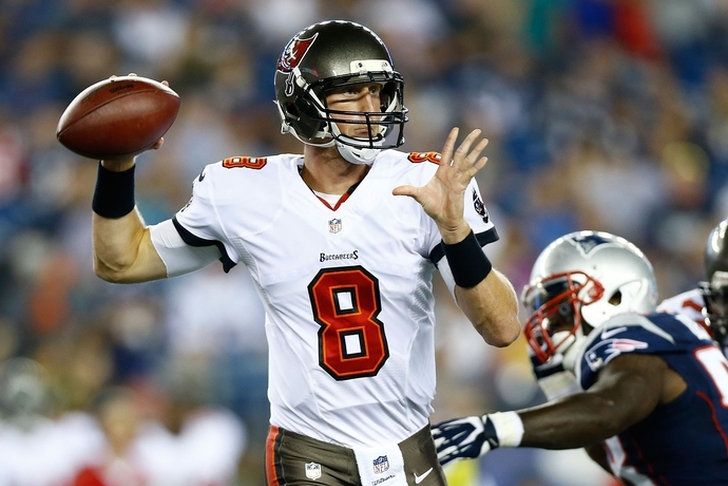 The Dallas Cowboys have starting QB Tony Romo, backup Kellen Moore and fourth round pick Dak Prescott on the roster. However, that hasn't stopped them from pursuing Tampa Bay Buccaneers QB Mike Glennon, according to 247Sports.

Glennon was a third round pick by the Buccaneers in 2013 out of North Carolina State and has thrown for 4,025 yards, 29 touchdowns and 15 interceptions in his NFL career. The Bucs never truly gave Glennon the reins, as Josh McCown was the veteran starter before the Bucs selected Jameis Winston No. 1 overall last year.

While Glennon is a backup, he's a cheap and quality one. That makes him valuable to the Bucs, so much so that Rodgers reports they turned down a second round pick from the Arizona Cardinals. But Glennon has just one-year left on his deal, and could elect to leave the Buccaneers in search of playing time.

As for the Cowboys, Glennon would be a massive upgrade at the backup QB slot over Kellen Moore. Glennon, at only age 26, could even replace Romo as the Cowboys' future starter at QB if Prescott doesn't develop.