NFL Wrapping Up Investigation Of Cowboys RB Ezekiel Elliott, No Decision This Week 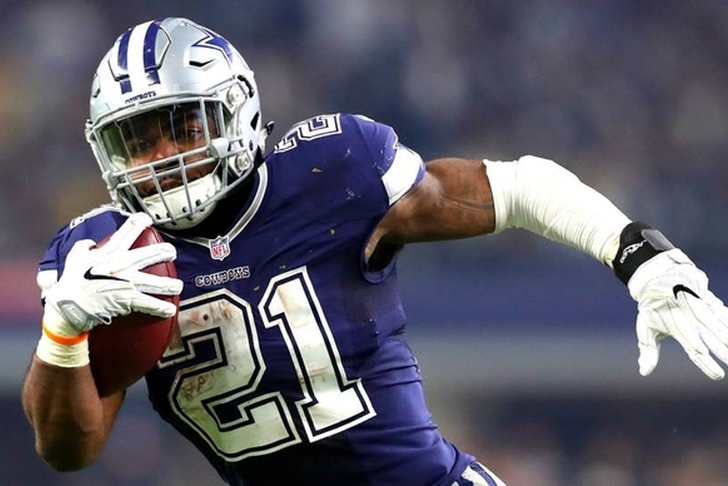 The NFLPA has filed a response to to NFL after the NFL submitted its findings. Neither the NFL nor the NFLPA submissions included any suggestions for discipline. Despite this, NFL.com reports there is still not a date in mind for the NFL to announce any findings and/or discipline. In addition, Adam Schefter reports a decision isn't going this week.

NFL will not announce any possible Ezekiel Elliott discipline today, nor this weekend. Cowboys report to camp Saturday with matter pending.

The NFL started its investigation into Elliott not long after he was accused of domestic violence on July 22nd, 2016. Police did not press charges against Elliott, thanks in large part to witness testimony dispute the alleged victim's account. However, that incident wasn't the only one the NFL looked into.

The same woman called police in February 2016, saying her shoulder hurt after Elliott pushed her up against a wall. No charges were brought from that incident either. Elliott also visited a marijuana dispensary in Seattle, which is legal, during the preseason. In March of this year, Elliott was filmed pulling down a woman's shirt and exposing her breast at a St. Patrick's Day parade. Nothing came of that incident either, as the woman is apparently friends with Elliott and continued to hang out with him afterward.

The most recent incident came last Sunday, when Elliott was connected to an assault at a bar. But police never tied Elliott to the investigation and have suspended the case because the victim didn't give them an accurate address or phone number.

Download the Chat Sports App to be alerted the moment the NFL reveals a decision on Elliott.