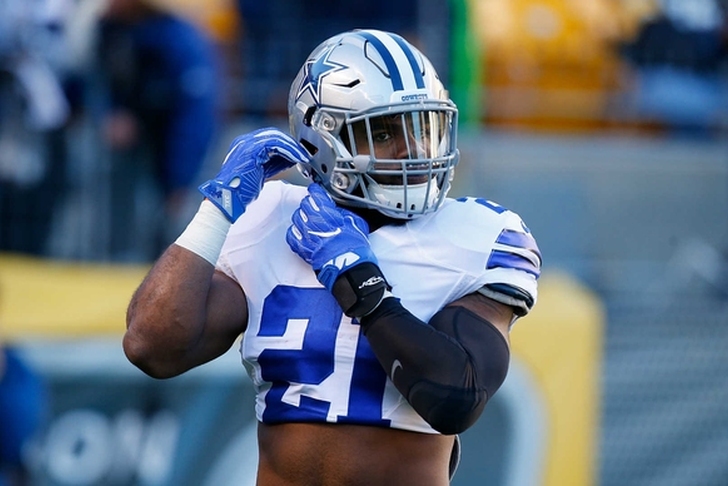 Dallas Cowboys RB Ezekiel Elliott is still awaiting closure on the NFL’s investigation into the domestic violence allegations against him. NFL.com’s Ian Rapoport reports the investigation “remains under review.”

While @NFL closed its Darrelle Revis investigation, the one into #Cowboys RB Zeke Elliott “remains under review” per spokesman. Since July.

The investigation stems from a July 2016 incident in which Elliott was accused of beating a woman who he had a “sexual relationship” with. In September, Columbus, Ohio police announced they would not file charges. Elliott also had evidence that the woman made up the charges and asked a friend to lie about what happened.

The NFL’s lengthy investigation comes after the league was widely ridiculed for its handling of the Ray Rice and Josh Brown domestic violence cases. Still, it’s a surprise for the investigation to approach the one-year mark. In March, there was a report that Elliott had been told he was in the clear of the NFL case, but it appears that's not the case.

Elliott hasn’t done the greatest job of keeping himself out of trouble. He visited a legal marijuana dispensary before a preseason game and was caught pulling down a woman’s top at a St. Patrick's Day Parade (consensually, apparently). While neither event resulted in any type of discipline, it’s not the best look.