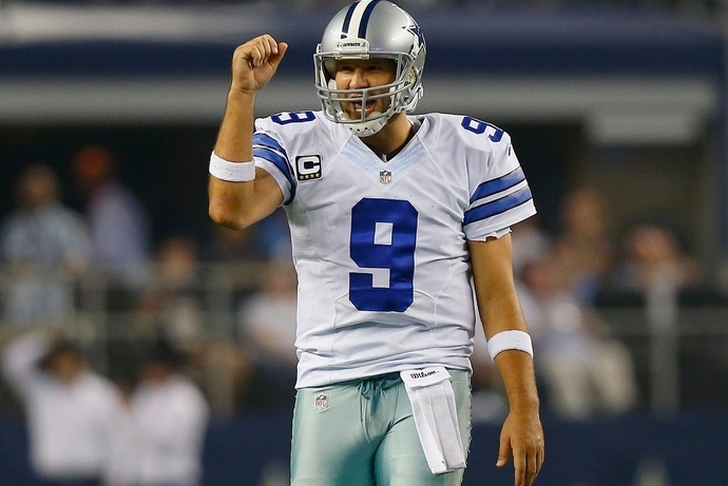 In the chaos that was the Dallas Cowboys' game-winning drive against the New York Giants, the referees missed a clear roughing the passer penalty.

Here's the video of the play.

The hit from Damontre Moore was well after Romo released the ball and should have been a penalty.

Romo has dealt with back injuries in the past. Of course, the no-call didn't affect the game as the Cowboys went on to win 27-26.