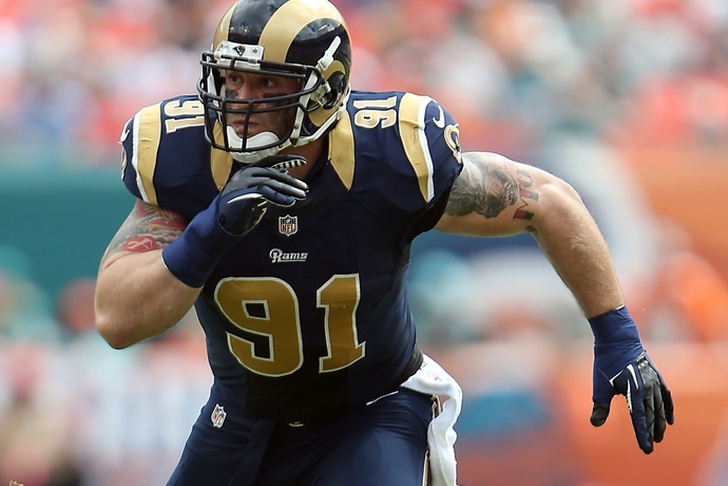 NFL Free Agency is officially here, and the next few days will feature a few Dallas Cowboys rumors. The Cowboys have been relative quite so far, but they might not be done yet. With that in mind, here are all of the interesting rumors and news tidbits on the Cowboys.

Chris Long Will Visit
Former St. Louis Rams DE Chris Long has a few more visits lined up. One of those is the Cowboys, and Long is expected to visit Wednesday.

Ex-#Rams DE Chris Long, who is at #Patriots today, has 3 more visits this week. One is #Cowboys. Then he'll collect himself & make a call

Rapoport doesn't say who the other two teams are, but it's clear there is interest in Long. He'd likely be a situational DE for the Cowboys, at least once Randy Gregory returned. He would provide veteran leadership and the team has limited depth at the spot.

Cowboys Re-Structure Tyron Smith Contract
The Cowboys have restructured the contract of Tyron Smith, the team announced. The move creates $7.2 million in extra cap space this offseason. The Cowboys will use that to help sign their rookies, and/or add a free agent or two (such as Long). The team is also interested in QB Matt Moore and CB Nolan Carroll, per the team's website.

Matt Forte says Bucs and Cowboys were his other serious suitors. Says Packers and Patriots each had "minor" interest.

Weddle chose the Ravens over the Dallas Cowboys, Pittsburgh Steelers, and Oakland Raiders, per @sdutKevinAcee

Forte ultimately signed with the New York Jets on a three-year, $12 million deal, while Weddle landed a four-year, $29 million deal. Weddle would have started at free safety for Dallas, while Forte would have shared the backfield with Darren McFadden.

Follow our Dallas Cowboys team page for all the latest Cowboys Rumors!