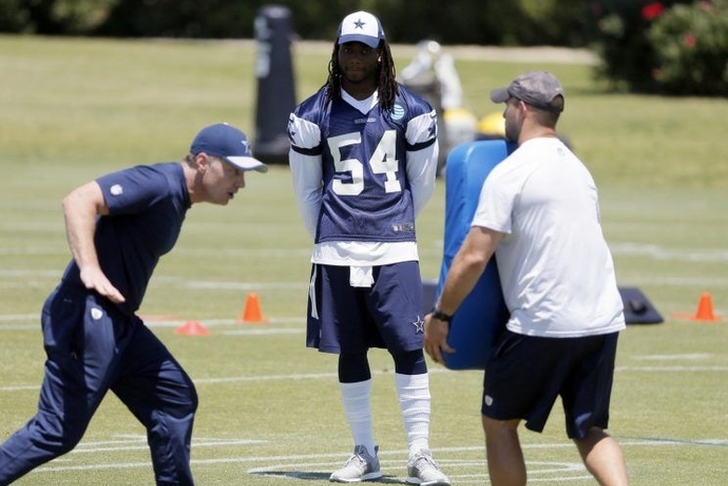 After missing his entire rookie season to recover from a serious knee injury that resulted in nerve damage, Dallas Cowboys linebacker Jaylon Smith doesn't plan on missing any more time.

Dallas' second-round pick in the 2016 draft told reporters on Wednesday that he expects to play in the regular season opener against the Giants, according to the team's website.

Smith played in Wednesday’s golf tournament with the sponsors. He told reporters on the course that his offseason work is going great and he expects to play in the Cowboys’ Sept. 10 season opener against the New York Giants.

Throughout the process, Smith has remained overly confident, whether through media interviews or his personal social media accounts.

Smith has been wearing a brace throughout his rehab process but said he's doing everything in the voluntary offseason program. Whether he can play without the brace depends on the regeneration of the nerve.

When he’s finally cleared to play, Smith is expected to line up at middle linebacker in the Cowboys’ defense.

Smith, who was projected to be a top 10 pick prior to suffering the injury in the Fiesta Bowl on Jan. 1, 2016, faced questions about the future of his career after the injury. Because of that, owner Jerry Jones said the team is being overly cautious with Smith's rehab.

“Jaylon will be practicing,” Jones said when discussing OTA's that start at the end of the month. “What we want to do is keep him fresh. We’ll probably alternate days with him. When we get to those OTAs, you’ll probably see him every other day.

“He continues to get better. And we think he will keep improving. But that’s why we want him to alternate days so he can stay fresh.”

Jones also said at the draft that Smith's recent improvement has the Cowboys believing he'll be able to make a full recovery and won't need to play with a brace on his foot.