Here Are The 4 Hardest Games On The Cowboys 2018 Schedule 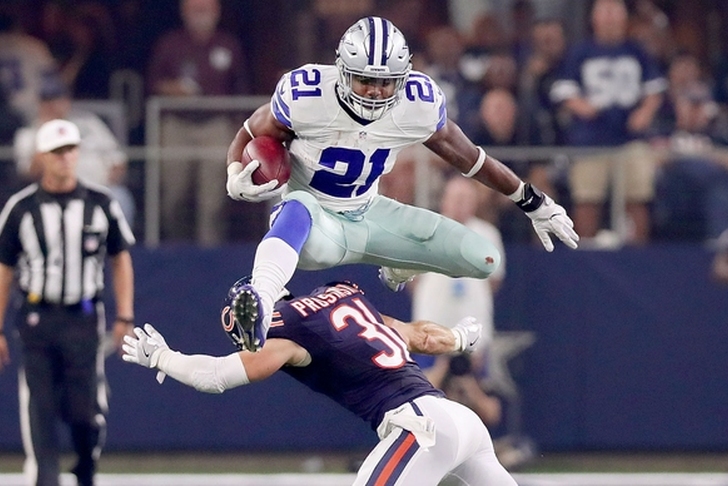 The Dallas Cowboys are expected to return to the postseason in 2018, but the road ahead won't be easy as they'll face six playoff teams from this season, along with two more (Seattle, Detroit) that finished the season with winning records. These are the four toughest games that will likely stand between the Cowboys and a postseason berth:

4.) vs. New Orleans Saints
The Saints were a miracle play away from going to the NFC Championship game this season and Who Dat nation will be determined to get rolling again in 2018. Quarterback Drew Brees broke the NFL completion record this past season, completing an incredible 72% of his passes. New Orleans' strength was its ground game as Saints running backs Alvin Kamara and Mark Ingram each totaled over 1,500 total yards of offense. Even though the game is in Dallas, this will be a tough matchup because the Saints are great in dome games and match up well against the Cowboys.

3.) at Seattle Seahawks
The Seahawks missed the playoffs for the first time since drafting quarterback Russell Wilson in 2011 and they will come out hungry looking for revenge on the entire NFL. Seattle's home field advantage is one of the best in the entire league due to the noise the stadium creates. The Seahawks running game can only improve from a season ago where the team combined for four rushing touchdowns and Wilson had three of them.

Want to watch the #1 Cowboys show on Facebook Live? LIKE Dallas Cowboys by Chat Sports to be notified when the Cowboys Report goes live every Thursday!

2.) at Atlanta Falcons
Quarterback Matt Ryan and the Falcons have been a difficult matchup for the Cowboys recently. The Cowboys have lost all of the last three matchups against Atlanta.  In Ryan's career, the Cowboys are 1-3 against Atlanta, allowing 27 points per game. With another season under offensive coordinator Steve Sarkisian, this Falcons offense should improve.

1.) at Philadelphia Eagles
Let's face it, traveling to Lincoln Financial Field will be the toughest game for the Cowboys next season. The Eagles finished the regular season as the one seed in the NFC and are in Super Bowl LII. Before suffering a season-ending injury quarterback Carson Wentz, was a leading MVP candidate and this Eagles defense was one of the best units in the league. I have a feeling traveling to Philadelphia will be one of the toughest games for the Cowboys for several years to come.