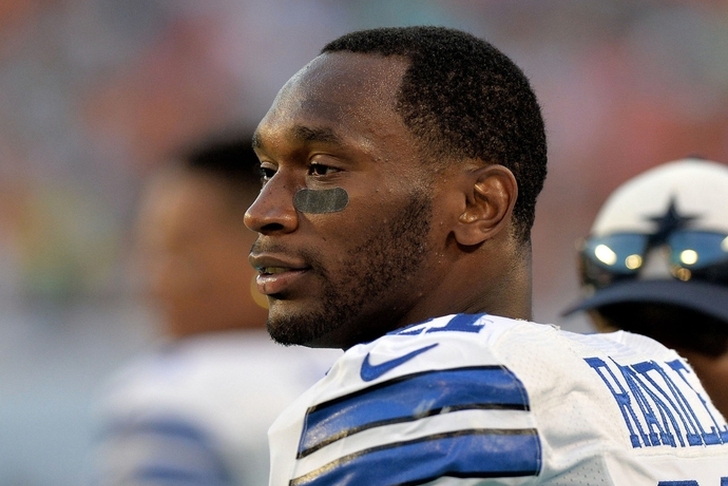 According to ESPN, Randle was arrested for hitting three people with his car. Randle was at a house-warming event before being asked to leave following an argument. When backing out of the driveway, Randle hit three people, including both home owners. The three people weren't seriously injured. Randle then returned to the house and broke through the front door. Police arrived and arrested Randle, discovering he had marijuana on him at the time.

Former Dallas Cowboys running back Joseph Randle has been arrested for the fifth time in eighteen months, detained in Kansas early Sunday morning on three counts of aggravated battery, one count of drug possession and one count of criminal damage.

Randle was arrested for the first time in this 18-month span for stealing cologne and underwear back in October 2014. A few months later, the 24-year-old was booked on drug charges after police responded to a domestic violence call.

In November, Randle was brought in on charges after allegedly attempting to fight a security guard at a casino. The last in a long line of police run-ins before this morning's arrest came three weeks ago when he was arrested in Texas on an outstanding traffic warrant after going to an ex-girlfriend’s home and residents called the police.

Randle rushed for 315 yards and four touchdowns, starting the first six games of the season for the Cowboys last year. However, the NFL eventually suspended him for his transgressions and he was ultimately cut by Dallas.

With a continuance of his NFL career unlikely at this juncture, attention now turns to Randle's personal life and whether or not he can break his current legal system cycle.