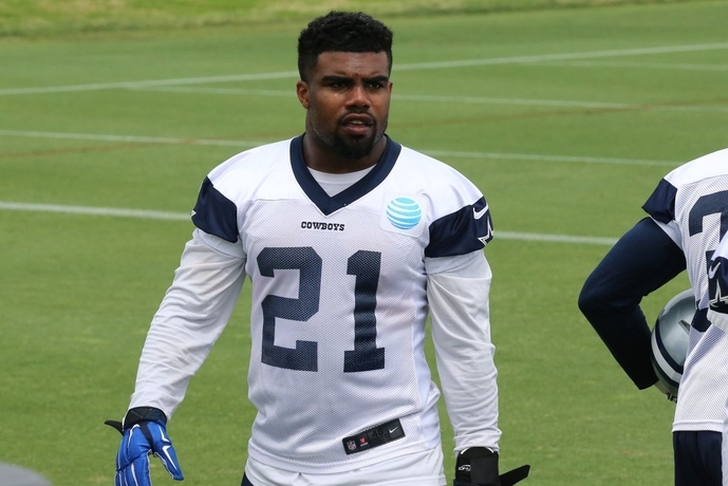 Dallas Cowboys running back Ezekiel Elliott has not participated in OTA's this week after being involved in a car accident over the weekend, according to ESPN's Adam Schefter and Todd Archer.

Ezekiel Elliott will miss his second straight day of OTAs today after being a passenger in a car accident Sunday, per @toddarcher and me.

Ezekiel Elliott did not suffer any significant injuries in car accident Sunday, but Cowboys are being cautious now holding him out of OTAs.

The Cowboys do expect for Elliott to join the team on the field soon, but want to be extra careful with last year's leading rusher.

It's also the latest news in what has been a rough week for Elliott. On Monday, it was reported that the NFL is still investigating domestic violence claims against him despite the fact he did not face charges for the incident. Elliott also found himself in hot water earlier this offseason after he was caught pulling down a woman’s top at a St. Patrick's Day Parade (consensually, apparently).

Still, the Cowboys are simply happy Elliott did not suffer serious injuries that will affect him long term. After being used almost exclusively as a runner last season, Dallas plans to get Elliott more involved in the passing game, so they need him to be as healthy as possible.

Elliott racked up 1,631 yards and 15 touchdowns on 322 carries, while catching 32 passes for 363 yards and a touchdown last season.