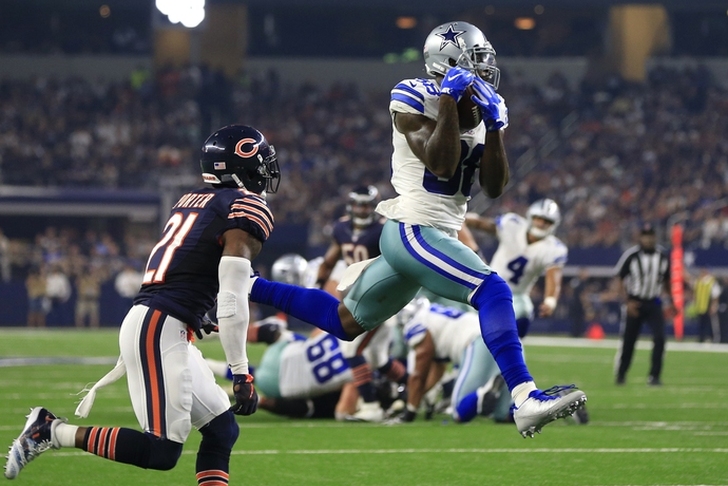 Dallas Cowboys wide receiver underwent a MRI on Wednesday, and he has a hairline fracture in a bone in his knee, according to NFL Network's Ian Rapoport.

On #Cowboys WR Dez Bryant: There is no MCL issue. Just the hairline fracture in a bone in his knee. Could play this week, could miss 3 weeks

#Cowboys WR Dez Bryant has stayed off his knee, on crutches today. How he responds to treatment to game-time will determine whether he plays

Bryant suffered the injury in the Cowboys' win over the Chicago Bears on Sunday night, but was able to return to and finish the game. Because of that, head coach Jason Garrett thinks his star receiver could play this weekend against the 49ers.

"He did not practice today, and we're hopeful that he'll be able to play," Garrett said. "We're taking the situation day-by-day. Hopefully, he can do something tomorrow.

"He has a slight hairline fracture in one of the bones in his knees. We don't think it's something that's going to keep him out for an extended period of time, but it's going to be a day-by-day, week-by-week situation."

Bryant has 11 catches for 150 yards and touchdown so far this season.