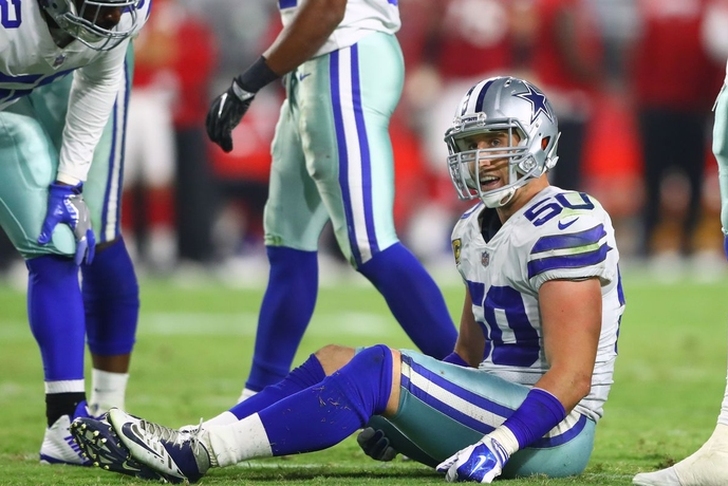 The Dallas Cowboys lost 27-7 to the Atlanta Falcons this past Sunday and two big reasons were due to the injuries of offensive tackle Tyron Smith and linebacker Sean Lee. Both of these players are anchors on offense and defense. Looking forward to Week 11 the Cowboys will play the 8-1 Philadelphia Eagles who are well rested coming off a bye.

Sean Lee Injury Update
In Sunday's action, Sean Lee had to leave the game in the first quarter with a hamstring injury. After the game head coach Jason Garrett said "We'll take it day by day," “Don’t anticipate him practicing certainly immediately this week. It might be some time. We’ll see.”

Yesterday NFL Network's Ian Rapoport tweeted that it would be unlikely for Lee to play the next several games. Lee has battled injuries this season and throughout his career missing 23 games in his career.

On Tuesday Jerry Jones said on 105.3 The Fan that “Tyron has a better chance to play than Sean” After reading the news above Cowboys fans may not think this is all that great news. The Cowboys are hopeful that Smith can practice this week and will return in a big Sunday Night matchup against the Eagles.

The Cowboys will need these two players going forward but having three games in the 12 days will not be an easy task.

If you want to hear more about these players, luckily for you Tom Downey and Mitchell Renz talk about injuries and much more on The Fantasy Football Rumors Podcast.