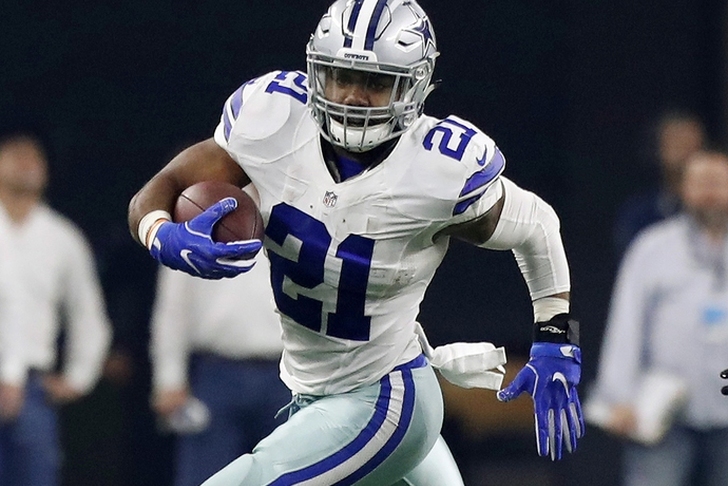 The NFL has yet to make a decision on any discipline for Dallas Cowboys RB Ezekiel Elliott, but former NFL WR and current FS1 talking head Cris Carter claims a suspension will be announced shortly. Carter, citing inside information, says he'll be shocked if Elliott isn't suspended in the next 48 hours.

Here's the video of Carter's comments, plus a transcribed version below.

"In the next 48 hours, I would be shocked if Zeke was not suspended." — @criscarter80 pic.twitter.com/aHyoxfjrw0

"For me, in the next 48 hours, I would be shocked if Zeke is not suspended,” Carter said. “... Because based on the information that’s going to come out, it’s going to be fairly easy to determine that something happened to this woman in her four days of being with Zeke ... This is just pure assault or domestic violence."

Carter also claimed that there would be similarities between the Tom Brady Deflategate case. Carter claims Elliott destroyed evidence he had been advised to turn over and that a suspension will be in the Brady range of four games.

However, Roger Goodell says the league has not made a decision.

Roger Goodell on potential discipline for Ezekiel Elliott: "We haven't made any decisions yet."

Goodell on Cris Carter speculating Ezekiel Elliott might be suspended: "I don't think Cris has anything to do with the decision."

Carter's claims are new, especially relating to the destroying of evidence. Carter's claims also fly in the face of what Jerry Jones has said, as Jones says the investigation goes beyond the domestic violence claims and that there is nothing to those claims.

The NFL started its investigation into Elliott not long after he was accused of domestic violence on July 22nd, 2016. Police did not press charges against Elliott, thanks in large part to witness testimony dispute the alleged victim's account.

There were several other incidents for Elliott, including visiting a marijuana dispensary in Seattle, which is legal, during the preseason. In March of this year, Elliott was filmed pulling down a woman's shirt and exposing her breast at a St. Patrick's Day parade. Nothing came of that incident either, as the woman continued to hang out with him afterward. The most recent incident came in July, when Elliott was connected to an assault at a bar. But police never tied Elliott to the investigation and have suspended the case because the victim didn't give them an accurate address or phone number.

Mike Florio of Pro Football Talk believes the league leaked the information to Carter, much like what happened with Stephen A. Smith and Tom Brady. If that's the case, it's an odd choice. Carter isn't exactly a proven source in the media and this is the same man who encouraged rookies to have a fall guy.