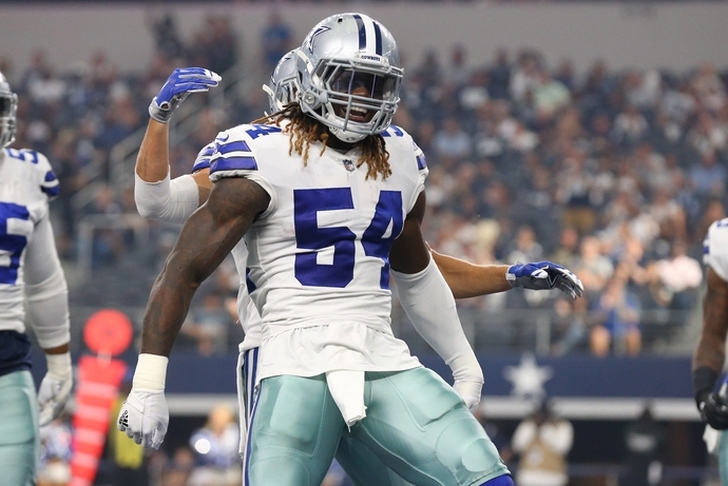 The Dallas Cowboys beat the Indianapolis Colts 24-19 to the Los Angeles Rams in Week 2 of the NFL Preseason, but it's not the end result that matters at this point. Rather, it's far more important to see how individual players and position groups fared. The preseason games are critical for young players, rookies and those battling for starting jobs and roster spots. With that in mind, here are six winners and three losers from the Cowboys' week 2 preseason game against the Colts. They're in no particular order.

With that said, Smith still has room for improvement. He still has issues moving quickly from side-to-side. We saw that against the Colts, where Smith got into the backfield, but couldn't change his direction and lunge quickly enough to make the tackle. That's a direct result of his previous leg injury. Smith has plenty of talent and some minor issues with angles will be worked out with more reps. It still might take a bit for Smith to be playing as well as he can (or even as well as he did at Notre Dame), but the arrow continues to trend upward.

QB Dak Prescott & WR Dez Bryant
I'm merging these two together. Prescott and Bryant both looked great against the Colts, highlighted by their touchdown. They also connected on the first play of the game.

Dak to Dez to start the game for the #DallasCowboys! #INDvsDAL #NFL pic.twitter.com/nxl27dCtPL

You were expecting something else? @dak Prescott to @DezBryant for the LONG TD on the opening drive! #DallasCowboys #INDvsDAL #NFL pic.twitter.com/jvlxWW4Gtm

Prescott finished with a nearly perfect 7 of 8 for 106 yards and a touchdown, with the lone incompletion a batted pass the line. Bryant, who said he was going to put on a show, did just that with two catches for 55 yards and a TD. Bryant has had some injury issues in recent years, but he's still a dynamic playmaker at WR.

QB Cooper Rush
The undrafted free agent rookie from Central Michigan continues to shine in the preseason. He was an impressive 8 of 9 for 92 yards with two TDs.

Kellen Moore is discussed further down, but there's no doubt that Rush is the best playing backup QB on the Cowboys roster. He's made some very good throws on the move, plays I question if Moore can actually make.

Next two throws were impressive for me. Rush doesn't take the easy throw. Beautiful pass. pic.twitter.com/0eRhPIXpu1

Rush was not a player I cared for much in the pre-draft process. He regressed his senior year, as his completion percentage and TDs dropped (less than 60 percent of his passes), while his INTs increased. Still, he's been very impressive in the preseason and he's now getting some run with the second-string in practice. I would prefer someone like Colin Kaepernick or Robert Griffin III as a backup QB, but between Rush or Moore, I'll take Cooper Rush.

OG Jonathan Cooper
After a strong game against the Colts, Cooper is now the front-runner for the left guard job. Chaz Green wasn't that bad, but Cooper was better and it's telling the Cowboys gave Cooper the nod at left guard to start the game. In 56 snaps, Cooper didn't allow a single hurry and was effective in the run game. Pro Football Focus named him their guard of the week, and I'm inclined to agree that Cooper fared well. Sure, it was the Colts and a bad defense, but Cooper's play should give the Cowboys confidence about the LG spot. The ground game, in general, also looked great.

LB Damien Wilson
Wilson put himself in a bad spot this offseason with an arrest, but his play in the preseason has helped eliminate some lesser rumblings about his roster spot safety. He fared very well against the Colts, with six tackles (four solo). He was solid in coverage as well. The Cowboys, especially if Jaylon Smith is healthy, have a solid MLB and WLB group with Wilson, Sean Lee and Anthony Hitchens.

CB Orlando Scandrick
Scandrick isn't the Cowboys best pass rusher, but he might be the most efficient one. I swear every time the Cowboys dial up a corner blitz for Scandrick, he gets a hurry, sack or batted ball. That was the case against the Colts, when Scandrick swatted a pass at the line of scrimmage on a blitz. He also added two tackles, a TFL and didn't allow a pass against the Colts. He only played nine snaps before leaving with an injury that won't affect him in the regular season, but Scandrick is the best corner the Cowboys have. The team contemplated trading him during the draft, but with injuries elsewhere in the secondary (more on that below), don't expect a preseason deal.

QB Kellen Moore
Moore is incredibly helpful with game-planning during the season and he is a very intelligent player. But his actual on-the-field play has been terrible the past two games. He was awful against the Colts completing 10 of 21 passes for 131 yards and a brutal fumble.

Moore's play is approaching the point where it's preventing the young guys playing with him from properly developing. While Moore, somehow, is actually eligible for the practice squad, that doesn't mean the Cowboys will try to put him there. The problem is, Moore is not a No. 2-caliber QB. The Cowboys can not have him as their No. 2 QB this year.

The Injured Rookies
Rookies face an uphill battle in terms of getting acclimated to the NFL's rigors. Missing time with injuries doesn't help things. That was the case once again this week, as three of the team's top four picks did not play. Second round CB Chidobe Awuzie, third round CB Jourdan Lewis and fourth round WR Ryan Switzer were all out with leg injuries, while sixth rounder Xavier Woods also did not play. The Cowboys are right to be cautious with the rookies in a preseason game, but they need the reps and it's frustrating (for all parties) for them to not be out there. Swizter and Lewis could both use return reps in particular - Dallas is replacing Lucky Whitehead. Plus, Switzer, Lewis and Awuzie could all be counted on to see real snaps with the starting unit in the regular season. Hopefully they can play in Week 3.

Most Of The Pass Rush
The pass rush is going to be an issue for the Cowboys. Yes, it's the preseason, but the Cowboys again struggled to get to the QB. Damontre Moore had a sack and David Irving was again disruptive. Those were the two top DL against Indianapolis, but the problem is that they're the two suspended to open the NFL season. The Cowboys need more production from their front four and that hasn't happened in the preseason. The pass rush is a major question mark for Dallas and the preseason performance is not encouraging.