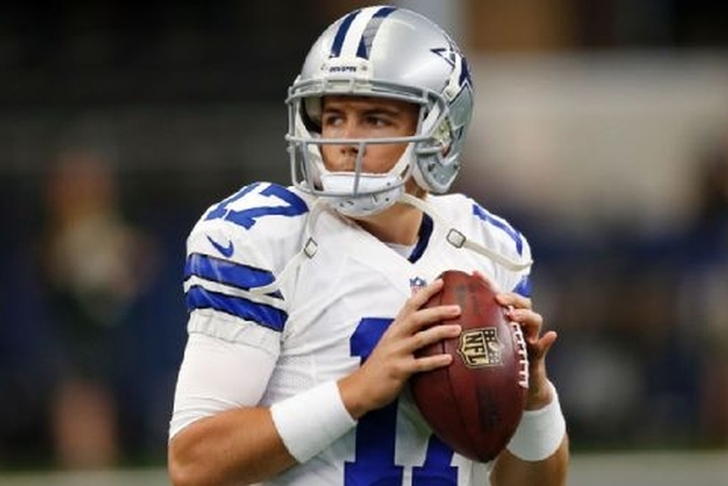 The Dallas Cowboys will start Kellen Moore at quarterback over Matt Cassel on Sunday against the Buffalo Bills, head coach Jason Garrett told 105.3 The Fan this morning.

He replaced Cassel early in their loss to the New York Jets on Saturday, completing 15/25 passes for 158 yards and one touchdown with three interceptions.

That was Moore's first-ever appearance in a regular season game. He never saw the field in three seasons with the Detroit Lions, and signed with the Cowboys this year.

Moore becomes the fourth quarterback to start for the Cowboys this season. Tony Romo opened the season as the starter, but Brandon Weeden and Cassel each saw time when Romo was out with a broken clavicle. Romo returned for two games but broke his clavicle again on Thanksgiving against the Panthers, and Cassel had started every game since then.

Dallas was eliminated from playoff contention with their loss to New York on Saturday. They are now 4-10 on the season and in last place in the NFC East.