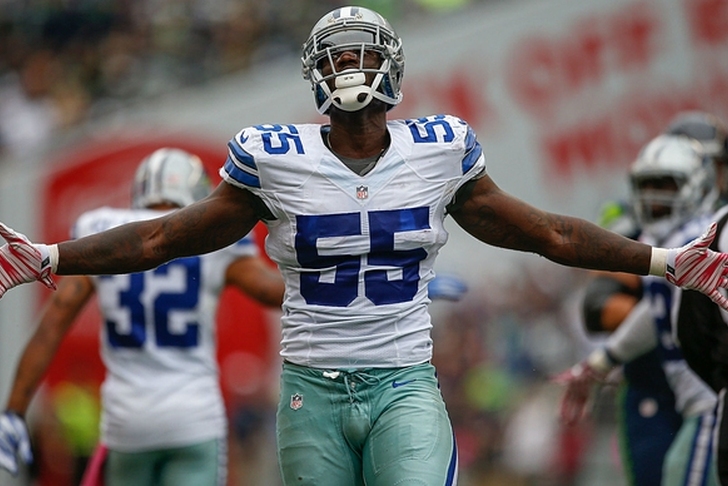 The NFL Draft is less than a week away, and there are plenty of Dallas Cowboys rumors floating around. The Cowboys have the No. 4 overall pick, and have a chance to add a few future starters early this year. The Cowboys could go several directions early, but defense is likely direction. Let's get you caught up to speed with all the latest draft rumors, news and speculation surrounding the Cowboys.

Cowboys Worried About Rolando McClain?
The Cowboys have LB Rolando McClain another one-year deal, but they are reportedly worried about his weight gain.

Was told a key Cowboy is not anywhere near being in shape. Sounds like there is some real concern there. Will discuss on Thursday's show

McClain does look a bit overweight in that photo and he's struggled with his conditioning in the past. However, there is plenty of time for McClain to get back in shape.

Stephen Jones Says Joey Bosa Should Be Picked Early
The Cowboys are in need of DE help, even more so with Demarcus Lawrence potentially suspended for four games. The Cowboys have been linked heavily to Ohio State DE Joey Bosa, and Stephen Jones said he thinks Bosa should be picked early.

If FSU DB Jalen Ramsey is off the board, the Cowboys could end up taking Bosa. He might not be a sack machine, but he will be a quality day one starter.

Follow our Dallas Cowboys team page for all the latest Cowboys Rumors!