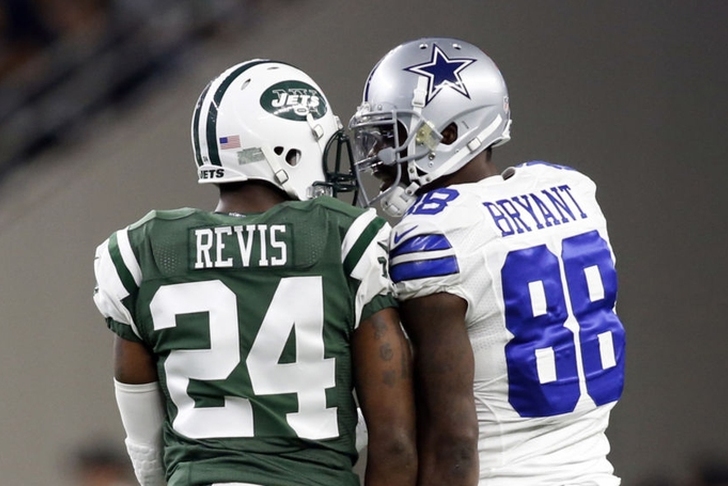 The Dallas Cowboys placed a focus on defensive backs in the draft, but they still have questions at safety and about their cornerback depth that they need to address.

As such, Vinnie Iyer of the Sporting News writes that the Cowboys are the best and only logical landing spot for Darrelle Revis.

He doesn't exactly fit Dallas, either, with its zone coverage scheme. The Cowboys, however, despite drafting four defensive backs — Chidobe Awuzie, Jourdan Louis, Xavier Woods and Marquez White —  is very green at the position. Second-year man Anthony Brown and 30-year-old Nolan Carroll are the projected starters after the team moved on from both Morris Claiborne and Brandon Carr. There's also a transition at safety, where Jeff Heath is working to replace Barry Church.

Revis doesn't feel like a worthy upgrade, but it's in the nature for the Cowboys to give someone such as Revis a chance in that mix. He's already getting his $6 million from the Jets, so the questions are, does he and would he want to play for less, and will he go out and prove he deserves to be paid anything?

For the Cowboys, other than the facade, there's limited upside with Revis. But with the destinations dwindled, they are the only semi-logical spot for him to extend his Hall of Fame career.

Revis won't face any league discipline after the four felony charges stemming from a physical altercation in February were dropped, but there hasn't been a lot of interest in him on the open market.

There were talks about a possible reunion with the Patriots, but they opted to sign Stephen Gilmore instead. The Packers and Steelers both went other directions when addressing their needs as well. Revis is reportedly contemplating retirement, but would prefer to continue playing.

Dallas is going to have create $14 million in cap space if they cut Tony Romo after June 1, which would give the Cowboys more than enough ammunition to go after Revis. However, they likely wouldn't sign him unless it was to a team-friendly deal.