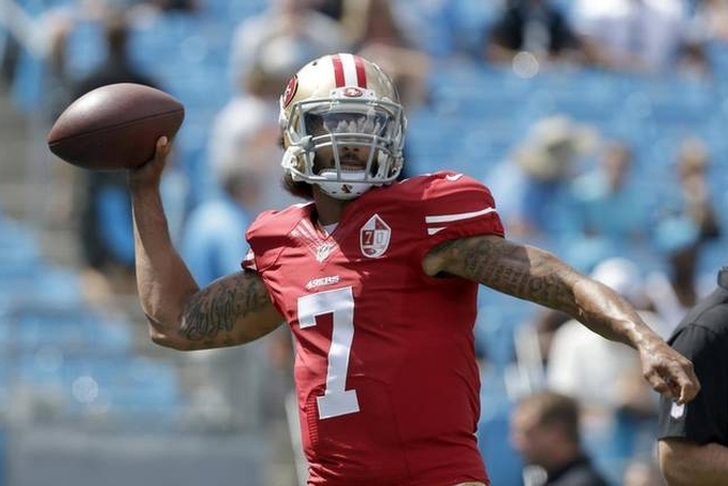 The Dallas Cowboys currently have quarterback Kellen Moore as Dak Prescott's backup, but could Dallas be looking to upgrade?

Moore has played in just three games in his career, all of which came with the Cowboys in 2015 - and all of which were losses. Because of that, ESPN's Todd Archer thinks Dallas would be a great fit for Colin Kaepernick:

There has been plenty of discussion across the league about Colin Kaepernick not having a job yet. I asked around on Kaepernick, and the answer was, “Not a fit.” Why not? There would not be a significant investment required to sign him. His game would seem to be more in line with what Prescott does than what Moore does. Of course, Moore has the blessings of offensive coordinator Scott Linehan, so that helps. Kaepernick went 1-10 last year with the San Francisco 49ers, but he had 16 touchdown passes and four interceptions. Kaepernick is still young enough and has big-game experience.

I’d like to believe the Cowboys would not be shy in signing him because of his taking a knee during the national anthem. They have taken chances on a number of players over the years -- Tank Johnson, Adam Jones, Greg Hardy, Randy Gregory -- when there was a real or perceived distraction that would come with those additions. When Kaepernick signs with a team, it will be a story for a few days and then he will proceed as a backup quarterback, a position for which headlines are few and far between.

The Seattle Seahawks are currently showing the most interest in Kaepnerick, but he's just one of a few quarterbacks they are considering to backup Russell Wilson.

In Moore's three games in 2015, he passed for 779 yards with four touchdowns and six interceptions.