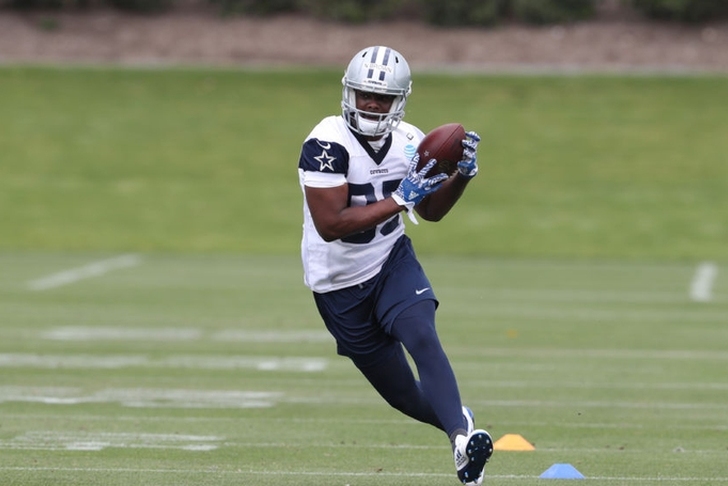 The Dallas Cowboys selected wide receiver Noah Brown in the seventh round (239th overall) in the NFL Draft, but there's a pretty decent chance he ends up making the Cowboys' 53-man roster.

Even though Dallas is already loaded at receiver, offensive coordinator Scott Linehan said that Brown's versatility will allow him to play several different roles in the offense.

"(Brown) is a little bit of an all-around guy," Linehan said, via the Dallas Morning News. "He's an outside receiver with a big frame (6-2, 222). He's kind of got a 'tweener' size when it comes to receiver. He's got a little bit of a TE element to his game as far as his size and the matchup and the people he's blocking. So he should match up well in that area.

"He's a good receiver, too. He has a real consistence game, and he's a smart kid, so we're excited about him."

Brown figures to compete with Lucky Whitehead, Andy Jones and Uzoma Nwachukwu for the No. 6 spot on the depth chart.

The Ohio State product had 32 catches for 402 yards and seven touchdowns last season for the Buckeyes.