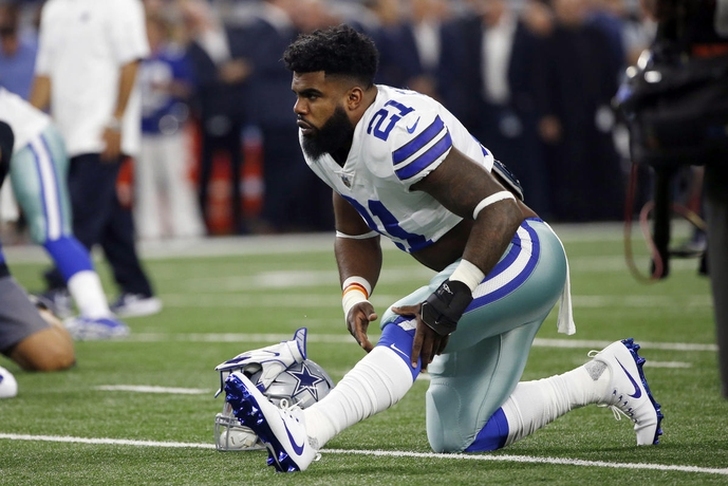 There will be an emergency hearing today that will determine if Dallas Cowboys running back Ezekiel Elliott will get a temporary restraining order against his six-game domestic violence suspension, which would allow him to continue to play this season, according to Darren Heitner of Heitner Legal.

The decision is expected to be issued by 4:00 pm ET today, which is when NFL rosters need to be finalized for this weekend's games. Dallas is set to take on the San Francisco 49ers on Sunday.

Check out our Cowboys Report podcast!

On Thursday, the 5th U.S. Circuit Court of Appeals panel in New Orleans court granted the NFL's emergency request to dismiss the injunction that Elliott had been playing under and ordered the federal judge in Texas who issued it to dismiss Elliott's case. However, that judge said he would not lift the injunction.

Should the suspension hold, Elliott wouldn't return until Nov. 30 in a game against the Washington Redskins. If he can't play, Dallas has a plan for using both Alfred Morris and Darren McFadden in the backfield.

Elliott has played in the first five games of the season under the injunction, rushing for 393 yards and two touchdowns on 105 carries.