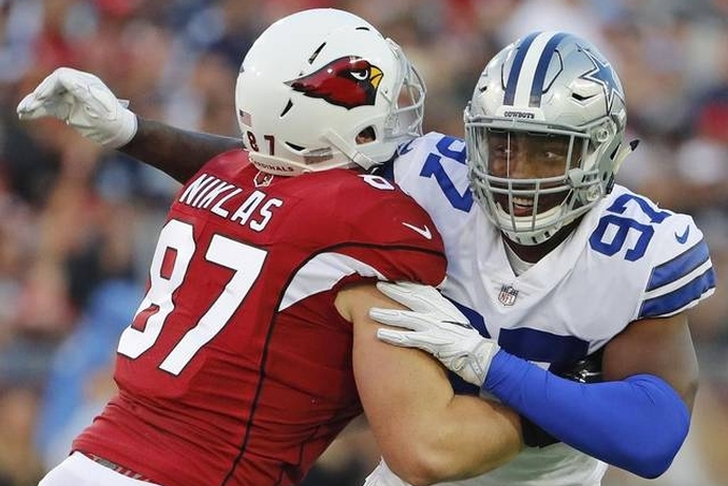 The Dallas Cowboys beat the Arizona Cardinals in the Hall of Fame Game, but Dallas' defense left much to be desired early in the game.

Among the biggest disappointments was first-round pick Taco Charlton, who recorded no pressures or tackles despite being on the field for 16 snaps, and defensive coordinator Rod Marinelli was none too happy with the performance.

Charlton shrugged off Marinelli's criticism and doesn't think his performance is a cause for concern.

“You want to play more…only got to play 15 or 16 plays,” Charlton said. “It happens. Coach is protecting me. I do what I need to do and run with it. I got a got a good burn out there. I got a chance to get my feet wet. So it was a good chance to get out there and play in an NFL game.

“I’m patient. Coach Marinelli has a plan for me. So I’m patient. I’m going to let everything come to me.”

Head coach Jason Garrett didn't seem that alarmed either, telling the media that Charlton will continue to get plenty of opportunities to prove himself on the field.

Charlton, who had been criticized for inconsistent play during his time at Michigan, racked up 40 tackles with 13.5 tackles for loss and 10 sacks last season for the Wolverines. He was a first-team All-Big Ten selection.