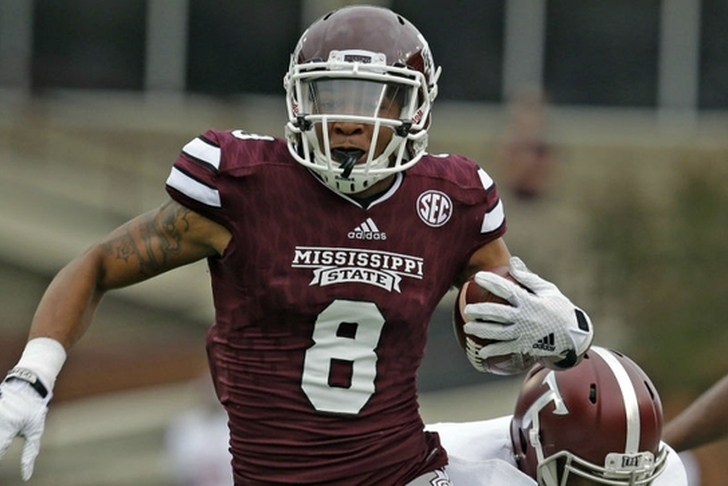 Wide receiver may not be a huge need for the Dallas Cowboys this offseason, but they are showing a lot of interest in Mississippi State's Fred Ross - one of Dak Prescott's favorite targets in college - according to Drew Davison of the Fort Worth Star-Telegram:

There’s no question the Dallas Cowboys have some interest in Ross, the Mississippi State wide receiver, as they’ve met twice already at the Senior Bowl.

“Hopefully they pick me. It’d be nice to play in Texas,” said Ross, a Tyler John Tyler product.

Ross is pegged as a mid- to late-round pick and the Cowboys are expected to be in the wide receiver market with Terrance Williams and Brice Butler becoming unrestricted free agents.

“Watching tape on him, there isn’t much that separates him physically, but he is reliable,” said Dane Brugler, draft analyst for CBS Sports and NFLDraftScout.com. “If it was 3rd-and-7, you can bet the play design was to him. He lined up all over the formation in that offense, even taking some snaps out of the backfield to get him involved. Mostly basic routes in that offense, but he runs them well.

“Quick hands to pluck, but needs to eliminate the focus drops if he is going to secure a job in the NFL.”

Ross could also have some appeal to the Cowboys as a returner. He returned punts the past two seasons at Mississippi State, taking one in for a touchdown as a junior.

Ross had a career year in 2015 with Prescott throwing to him, catching a career-high 88 passes for another career-high 1,007 yards with five touchdowns. In 2016, he only caught 72 passes for 917 yards, but did find the end zone 12 times.

Ross is playing in the Senior Bowl, where Prescott is serving as his mentor.