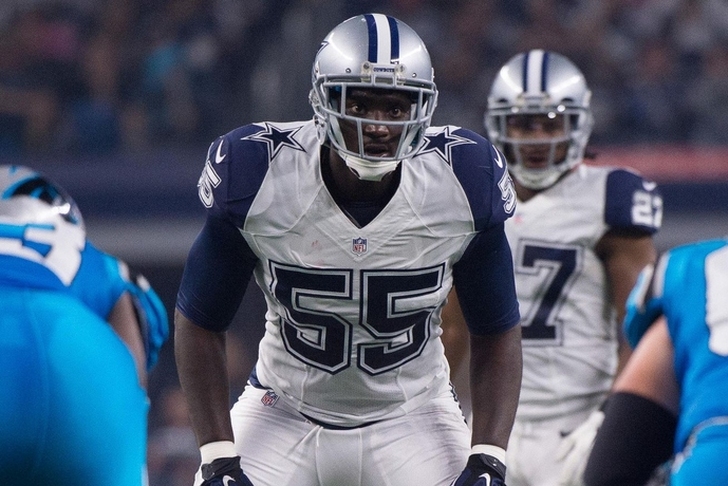 Dallas Cowboys linebacker Rolando McClain was suspended for the first 10 games of the season for violating the league's substance abuse policy, and the team is considering releasing him because of it.

However, according to the Fort Worth Star-Telegram's Charean Williams, the Cowboys haven't done so yet because they are worried about the potential implications. McClain signed a one-year, $4 million deal to stay with the Cowboys this offseason, and he would keep his salary even if the Cowboys released him.

The Dallas Cowboys have not made a decision on Rolando McClain’s future, according to sources. Many in the organization want the starting middle linebacker released, but financial implications prevent the Cowboys from moving on from McClain immediately.

Cowboys owner Jerry Jones, the team’s ultimate decision-maker, remains McClain’s biggest supporter within the organization. Jones talked McClain out of retirement in 2014, and McClain has started 23 games for the Cowboys the past two seasons.

McClain has forfeited his signing bonus, per the collective bargaining agreement, but his release would prevent the Cowboys from recouping the money.

“The main thing is strategically, [financially], it’s not good for us,” Jones said of the potential of releasing McClain, “and he doesn’t take up an active spot on the roster [during the season].”

McClain was also suspended for the first four games of last season for violating the policy. He had 80 tackles with two sacks and one interception in 11 games last season.