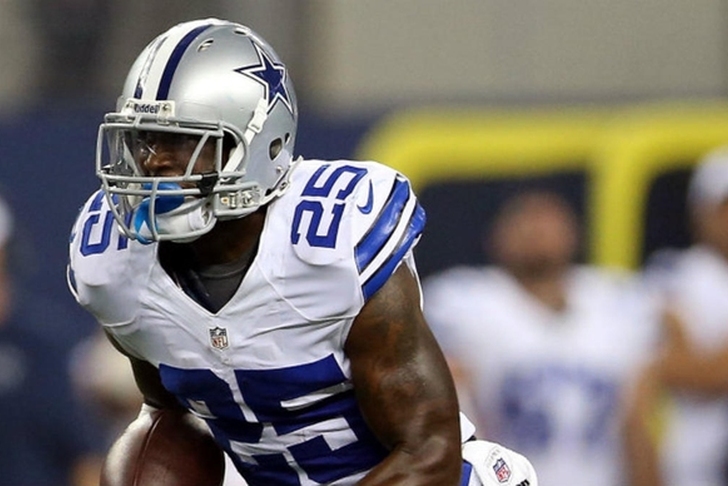 The Dallas Cowboys lost RB Lance Dunbar for the season, but don't expect the team to make any moves to add a RB.

According to the team's own website, the Cowboys are unlikely to sign or trade for a new RB.

However, head coach Jason Garrett said the team could make adjustments to its running back rotation of Joseph Randle, Darren McFadden and Christine Michael.

“I think we’re always evaluating that, and it will happen naturally with Lance being out,” Garrett to the team's website. “We’ll look at it in practice and games, and we’ll look at what we’re asking guys to do. We’re constantly evaluating that stuff. We like to make it competitive, and we like guys to have to earn their opportunities each week and certainly within the ballgame. We anticipate (Michael) being a part of the mix this week along with Darren and Joe, and we’ll see how it goes as the week goes on.”

Dunbar was the team's top pass catcher out of the backfield and the team doesn't have a player of his skill set on the roster.