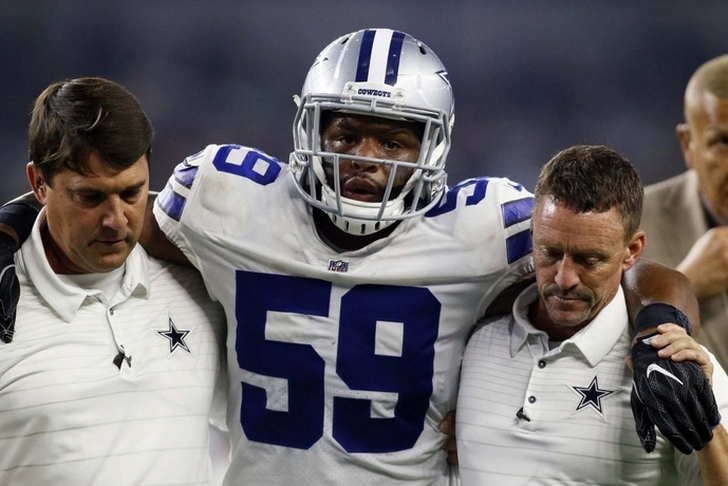 The Dallas Cowboys might not have LB Anthony Hitchens this year. The team fears the starting linebacker suffered a season-ending knee injury against the Oakland Raiders.

The type of knee injury is not clear. But it was a right knee injury and it did not look good at the time. Hitchens was not able to put any weight on the leg after the injury and was in obvious pain.

Hitchens was expected to start for the Cowboys, especially as LB Jaylon Smith continues to his progression from his own devastating knee injury in college. With Hitchens out, the Cowboys will need Smith to step up. Other notable LBs on the roster include Sean Lee, Damien Wilson and Justin Durant.

Hitchens was having a strong camp and coming off a career-high 78 tackles. He has started 36 games over the last three years. He had not missed a game before this.