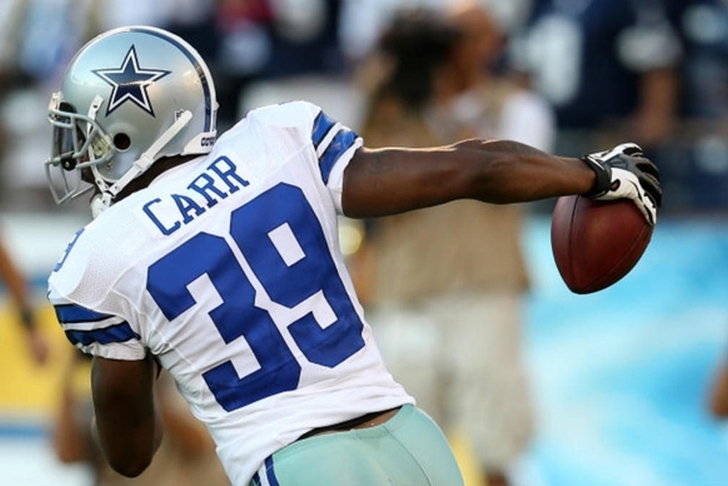 The Dallas Cowboys have limited cap space, and they could cut a few veterans to make room for free agent additions. One of those players is cornerback Brandon Carr, who has struggled with the Cowboys at times. A Yahoo! Sports report says the Cowboys are expected to release Carr this offseason.

The reports leaves open the possibility that Carr could take a pay cut. However, it seems like Carr is destined to be cut by the Cowboys.

Carr has not lived up to the five-year, $50 million contract he signed before the 2012 season. Cutting Carr would make CB a major need this offseason. Orlando Scandrick will return from injury, but Morris Claiborne is a free agent and Byron Jones could stay at safety full-time. The Cowboys have the No. 4 overall pick in the NFL Draft and have been linked to Florida State's Jalen Ramsey.