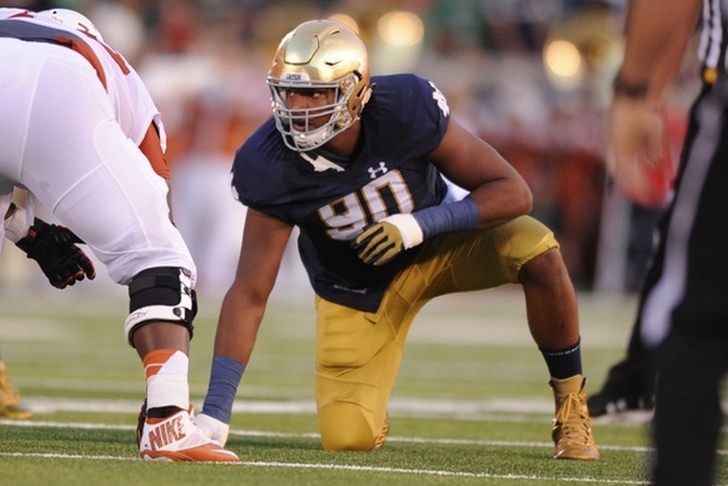 The Dallas Cowboys hold the No. 28 pick in the NFL Draft, and they are hoping to add several impact players - particularly on the defensive side of the ball - to help them take another step forward and compete for the Super Bowl again next year. Here are all the latest Cowboys news & rumors you need to know:

Dallas targeting defensive players in the draft
With plenty of stars on the offensive side of the ball, the Cowboys plan to use most of their draft picks up upgrade several positions of need on defense, according to team vice president Stephen Jones.

"There is a little bit of method to the madness here," Jones said Sunday at the NFL's Annual League Meeting in Phoenix, via the Dallas Morning News.

Expect Dallas to add secondary help during April's draft, which is deep at the corner position.

"Right now, going into the draft, we feel really good about our numbers,'' Jones said. "But at the same time we feel this is going to be a great opportunity for us to improve on the defensive side of the ball.

"It just so happens we feel the draft is inordinately strong on the defensive side of the ball.''

Cowboys targeting Jordan Willis
Specifically, the Cowboys are expected to add a pass rusher or two through the draft after failing to do so in free agency. Their search has led them to Kansas State defensive end Jordan Willis, according to Tony Pauline of draftanalyst.com.

Teams love versatile athletes who can rush the passer. Willis proved he was the premiere athlete at the defensive end position during the combine when he timed 4.53s in the 40 and 6.85s in the short shuttle as well as touching 39 inches in the vertical jump after weighing in at 255 pounds. He then went on and showed his versatility at the Wildcats pro day, looking flawless in both defensive line and linebacker drills. I think it will be a stretch for Willis to end up in the late part of Round 1 but would expect him to be off the board during the top half of the second frame. Willis worked out for the Jacksonville Jaguars this week, will be working out for the Philadelphia Eagles and Tampa Bay Bucs in the coming weeks and has a visit to Tampa Bay on his schedule. The Miami Dolphins and Dallas Cowboys are also showing a lot of interest in Willis.

The Cowboys have already worked out projected first-round picks Taco Charlton (Michigan) and Takkarist McKinley (UCLA), but there is a chance that neither will be on the board when Dallas picks at No. 28.

Willis is currently projected to be a second- or third-round pick by CBS Sports, who rank him as the No. 8 defensive end in the draft class. A three-year starter at K-State, Willis had 52 tackles with 17.5 tackles for loss, 11.0 sacks and three forced fumbles last season.

Dallas also interested in Isaac Rochell
Another defensive lineman that the Cowboys are targeting is Notre Dame's Isaac Rochell, as he told told Mike Florio of ProFootballTalk he has been receiving a lot of interest in him.

As to the issue that always slides to the top of the stack in the weeks before the selection process, Rochell said he has attracted the most interest so far from the Cowboys and Panthers.

Rochell projects to be a 3-4 defensive end in the NFL, but he played everywhere along the defensive line while at Notre Dame. Mostly a run stropper, he racked up 56 tackles with seven tackles for loss and one sack last season.