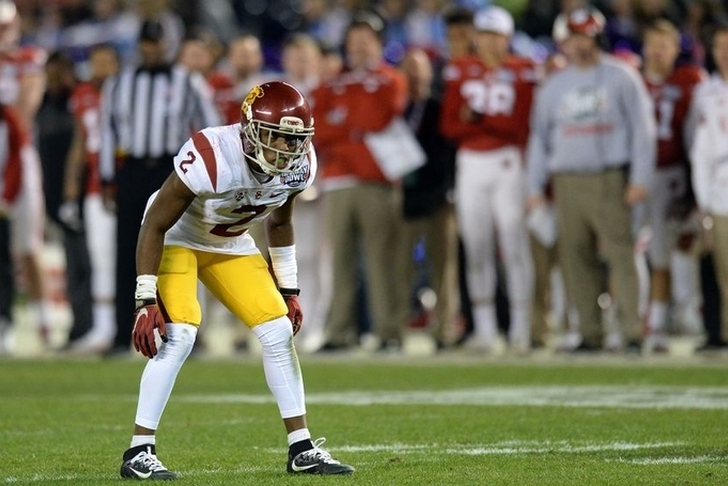 The Dallas Cowboys have all but guaranteed that they will pick a defensive player in the first round of the NFL Draft, with many expecting that they will take a defensive end. However, it looks like they have two defensive backs high on their board.

According to Tony Pauline of Draft Analyst, Dallas is targeting USC cornerback Adoree' Jackson with their first round pick. However, if they do decide to draft a pass rusher in the first round, they want to take Clemson cornerback Cordrea Tankersley in either the second or third round:

I’m told the Dallas Cowboys have Adoree' Jackson as a first-round target, and we’ve had the cornerback being selected by the team in our past three mock drafts.

Another cornerback the team likes an awful lot is Cordrea Tankersley of Clemson.

While I can’t imagine they’d take Tankersley in Round 1, he’s a name to remember for the Cowboys on Day 2 should they grab a pass rusher in the first frame.

Jackson is projected to be a late first or early second round pick, and is expected to still be on the board when Dallas is on the clock with the No. 28 pick. He had 55 tackles with two tackles for loss, five interceptions and 11 pass breakups this past season.

Tankersley, a projected second or third round pick, had 52 tackles with six tackles for loss, four interceptions and 11 pass breakups this past season.