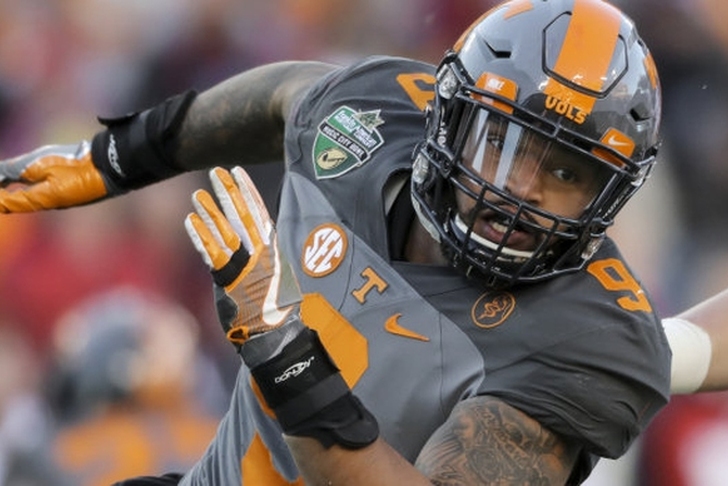 The Dallas Cowboys have all but guaranteed that they will pick a defensive player in the first round of the NFL Draft, with them specifically targeting defensive ends and pass rushers to upgrade their defensive line.

Of those pass rushers, they have Tennessee defensive end Derek Barnett at the top of their list. Though he is projected to be a top 10 or 15 pick, the Cowboys are hoping he drops a little bit so they can trade up to draft him, according to Clarence E. Hill Jr. of the Fort Worth Star-Telegram.

The Cowboys have seven picks in the draft, including the 28th overall selection, and it would come as no surprise if a great majority of them, if not all, are defensive players.

The Cowboys’ dream scenario is for Tennessee defensive end Derek Barnett, a possible top-10 pick, to slip a little in the draft, allowing them to move up and get the war daddy pass rusher they covet so much, according to a source.

If Barnett is off the board - or if the Cowboys decide not to trade up - they are expected to target Michigan defensive end Taco Charlton or USC defensive back Adoree' Jackson.

Barnett had 56 tackles, 19 tackles for loss and a career-high 13 sacks last season for the Vols.