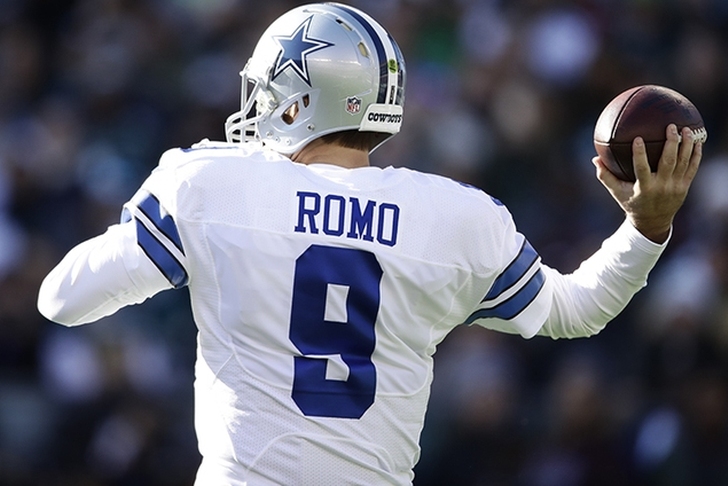 One of the biggest storylines surrounding the Dallas Cowboys (and the entire NFL) this offseason is where Tony Romo will play next year. Owner Jerry Jones was asked about Romo's future at the Cowboys' 25-year reunion for the 1992 Super Bowl team, but he didn't have much to say.

Jerry Jones asked if Cowboys have made any decisions or had any conversations with Tony Romo. Jerry's shortest response of the night: "No."

Jones' response comes just a few days after a Yahoo! Sports report that Romo expects an answer from the Cowboys after next week's NFL Combine. That Yahoo! report also indicates, once again, that Romo expects to be released. Romo reportedly told Jones that he wants to be a starter next season.

If that release does happen, the Denver Broncos will "at least discuss" adding Romo according to Mike Klis of 9News in Denver. The Broncos would fit Romo's desire to make a run at a Super Bowl, although he would likely have to take less money.

Releasing Romo as a Post June 1st cut would free up more cap space for the Cowboys to use in free agency. Expect Romo to eventually secure his release and find a new home.