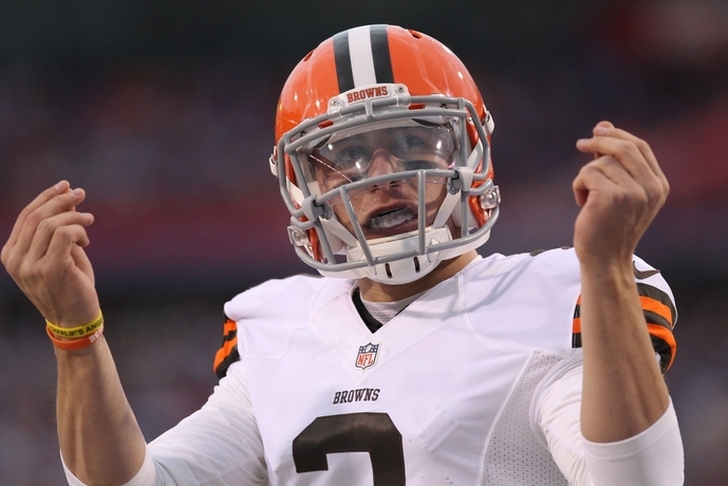 The Dallas Cowboys nearly drafted QB Johnny Manziel in the NFL Draft a few seasons ago. The Cowboys avoided pulling the trigger, in a move that has clearly worked out for the club. However, ESPN's Adam Schefter thinks the team might end up going after Manziel this offseason.

Schefter argues that Dallas needs to start planning for life after Tony Romo. After all, Romo will turn 36 before next season hasn't played a full 16-game season since 2012. With Romo's age and injury issues, Schefter claims people in the league believe Jerry Jones could target Manziel.

It'd be a classic Jones move for Dallas to go after the troubled QB. Manziel had the Browns' starting job, but lost it after lying about partying during the team's bye week. Even after Josh McCown was ruled out for the season, the Browns didn't turn back to Manziel. They've elected to go with Austin Davis and there's a real chance Cleveland tries to move on from Manziel.

Romo would seem to be the perfect mentor for the troubled Manziel, but it'd be a risky and controversial move. That's just the type of move Jerry Jones loves.