Jerry Jones Says Tony Romo Will Travel With Team To London: "We're Betting On Him Playing" 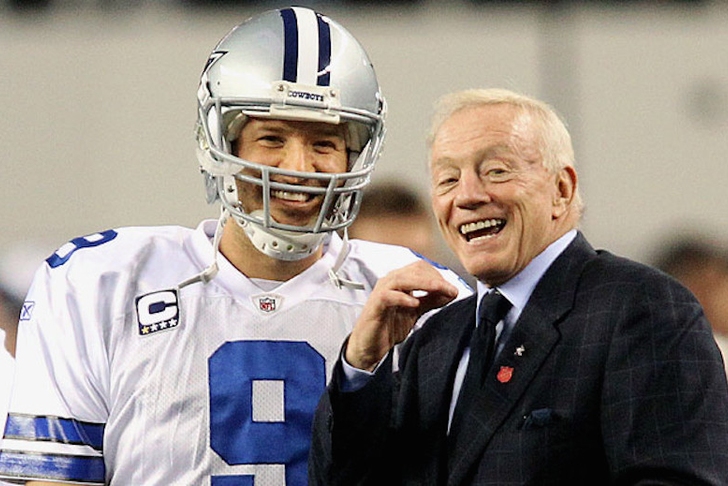 Dallas Cowboys quarterback Tony Romo sat out of Sunday's 28-17 loss to the Arizona Cardinals with two traverse process fractures (broken back), but owner Jerry Jones says Romo will be traveling with the team to London and is preparing like he'll play next week.

“We’re betting on him playing,”  Jones told CBS DFW. “If we didn’t think he could play, he wouldn’t be on that long plane ride.”

Dallas will face Jacksonville in Wembley Stadium next Sunday, the NFL's third and final game in London this season.

Romo's backup, Brandon Weeden, completed 18 of his 33 passes for 183 yards, one touchdown, and two interceptions against the Cardinals.