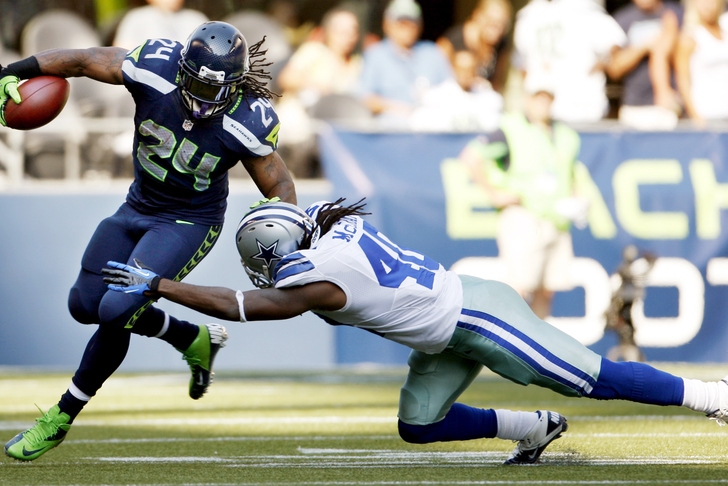 Cowboys LB Rolando McClain picked off Seahawks QB Russell Wilson in the final minute, capping off a stunning road win for the Cowboys.

Key Stat: 162 - the Cowboys picked up 162 rushing yards on the day, almost 100 more than the average Seattle had allowed coming in.

Cowboys MVP: After all the heat he's taken this year, it has to be Tony Romo. Romo was flattened early by Seahawks LB Bobby Wagner, but stayed in the game to will his team to a shocking, unprecedented victory. The Cowboys QB ended his night 21/32 for 250 passing yards, two touchdowns and no interceptions.

Unsung Heroes: The Cowboys put together a solid performance across the board, but special mention has to go to their special teams. The Cowboys locked down on kickoff coverage, and Dan Bailey became the most accurate kicker in NFL history (min: 100 makes) with his three field goals.

What’s Next? Dallas returns home to host the New York Giants at AT&T Stadium, while the Seahawks hit the road to face the St. Louis Rams.