How Tony Romo can win a playoff game for the Cowboys 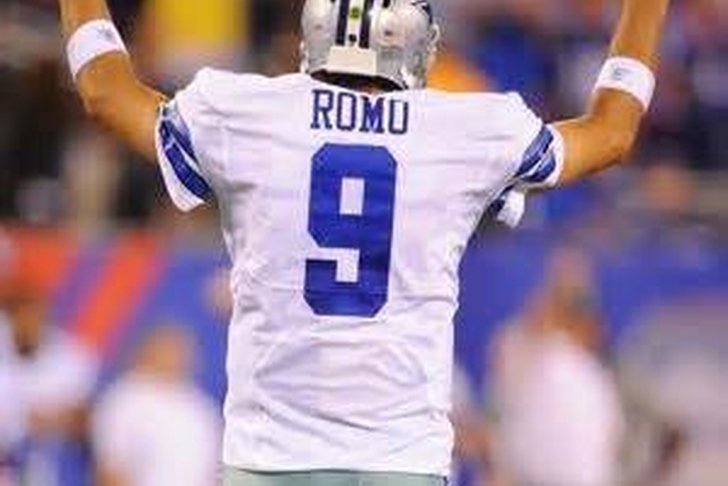 The Cowboys signed Romo back in 2003 as an undrafted free agent. Once he earned the starting quarterback position, he led the team to multiple playoff appearances, but he's never taken them past the first round. Romo can perform miracles on the football field, but then undoes all his hard work with avoidable mistakes and unforced errors.

For this reason, Romo constantly faces backlash from football fans, probably more than any other NFL quarterback. This season, the Cowboys seem to have a new spark. If the rest of the team is clicking, can Romo win big games when it counts? To do so, he'll have to lose some of his most Romo-esque trademarks - here's what Romo will have to change if the new-look Cowboys are going to make it past the first round.

2. Don’t force the play- Romo is known for losing significant leads late in the

fourth quarter after trying to force a play that isn't there. It's become almost a given. It's positive that he's a risk-taker, but often times the risk isn’t worth it during playoff games when there's no room for error. If you are winning: better safe than sorry. Don’t throw to a double-teamed Dez Bryant if there are safer options.

4. Keep the momentum going- We often see two different quarterbacks from kickoff to the final two-minute warning. Romo needs to remain positive after turnovers, and act like his next play is the first snap of the game. He's known for making bad situations worse. We've seen this when Romo fumbled a snap in one of his three

playoff appearances - if you turn the ball over, shake it off, fix your mistake and play the game with confidence.

No matter how well Dez Bryant, Jason Witten and Miles Austin perform, Romo can't always rely on them. Running the ball more often will be crucial to the success of the Cowboys offense. The Cowboys' run blocking can be pitiful at times, but running back DeMarco Murray can handle the task well - just look at his 175-yard performance against St. Louis. Running the ball doesn't always pick up tremendous yards, but you can count on it to take pressure off the receivers.

7. Show some fire- Want it, fight for it. Romo has been accused of being a “there’s always next year” type of player. This year, Romo is in the first year after signing a six-year, $108 million contract extension. He needs to play like that never happened. If Romo plays football as if there is nothing more important than THIS victory, good things will happen for the Cowboys.

As a franchise quarterback, Romo is expected to show passion for the team's success, not just for his own. Having more positive, expressive body language will do more than get fans fired up - it'll get his teammates fired up too. Everyone knows Romo wants it, now it's time to show it and go get it!

8. Be confident in yourself and your team

Football is just as much of a mental game as it is a physical game. Tony Romo, skill wise, is one of the best quarterbacks in the league. He’s tough, plays through his injuries, and he can make all the throws he needs - the deep bomb to Bryant or Austin, or a quick check-down to his safety valve, Witten.

If Tony Romo can hold it together mentally and take a few tips, then the sky (and the Super Bowl) is the limit... not to mention his first playoff win!