December Do's and Don'ts For the Dallas Cowboys 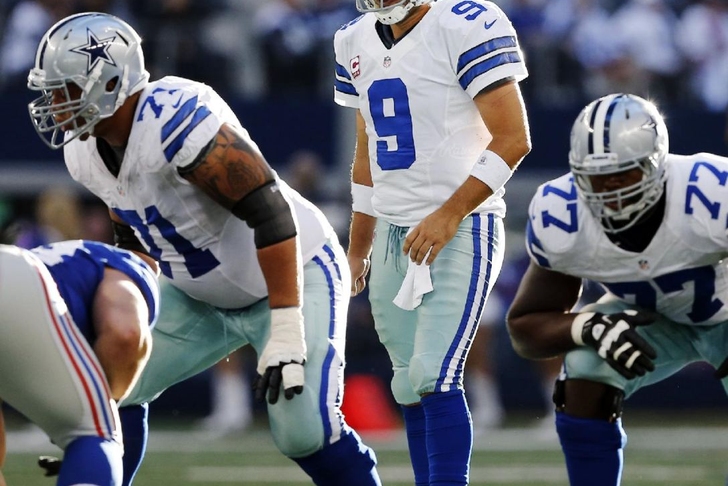 There's no way around it - the Dallas Cowboys are known for their poor performances in the final month of the season. Fair or not, much of the blame is usually directed toward the quarterback, Tony Romo.

There are allegations that team owner/GM Jerry Jones called Romo out on his performances in December. Despite that, Jones publicly said he believes Romo has played well the last two seasons, and isn't the only reason the team hasn't made it as far as they hoped to. Jones said the Cowboys defensively weren't where they wanted to be this time last season, but he believes they are now.

As they face the dreaded December, there are some things the Cowboys should and shouldn't do...

DO: Perform well through all four quarters.

DO NOT: Lose momentum after the first half.

Recently, Dallas has done a pretty good job at keeping the pace and playing through entire games, but over the past decade they've been known to struggle in the fourth quarter. If they want to reach the playoffs on a high note, they'll need to play well for four quarters every time they take the field.

DO: Use ALL your weapons.

DO NOT: Rely on only Dez Bryant.

Bryant dominates the field and is often the go-to guy, but DeMarco Murray, Miles Austin and Jason Witten can be serious playmakers when given the opportunity. Relying too heavily on Bryant makes things too easy for opposing defenses.

DO: Let go of mistakes.

DO NOT: Let turnovers effect the next play going forward.

The Cowboys' offense gets shaken up too easily when they make mistakes. Whether it's Tony Romo throwing an interception or someone else putting the ball on the ground, they need to have short memories and not let mistakes affect their confidence.

DO NOT: Let opponents take control of the game.

Sean Lee is returning this weekend, which should transform the Dallas defense. DeMarcus Ware says he's over his injury problems and back at full strength. The Cowboys D must put pressure on the remaining quarterbacks they'll face and force some turnovers to help out Tony Romo and the offense.

DO: Play like you have all season, and lead your team to the playoffs.

DO NOT: Give critics the opportunity to blame a Dallas meltdown on you.

DO NOT: Think negative, and believe the Cowboys will fail this December.

Why Jason Witten Deserves to be a Hall of Famer

Predicting the Remaining Games on the Cowboys' Schedule