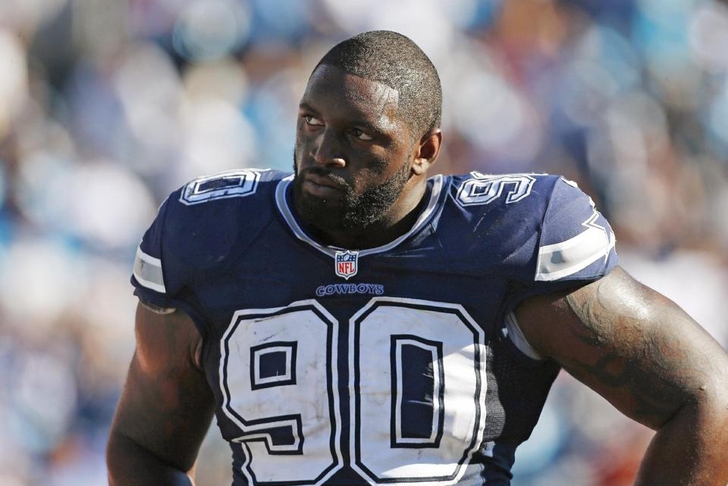 Former Dallas Cowboys DT Jay Ratliff is a four-time Pro Bowler. He played every single game for Dallas from 2008 to 2011, and until his groin injury in 2012 he was one of the most feared nose tackles in the NFL.

So where did things go wrong? What persuaded Jerry Jones to spend $7 million just to get Ratliff off the team?

In a recent interview with the Dallas Morning News, Jones called the release "a legal matter", but this is only a fraction of the real story.

Things never went smoothly in Ratliff's recovery, and he's been on the PUP list ever since his injury. An early setback required hernia surgery in the offseason, and a series of groin and hamstring injuries have prevented him from returning to the field ever since.

The real reason for Ratliff's release isn't his injury, though. In December of 2012, the injured Ratliff was sitting in the Dallas locker room following a win. Jerry Jones approached him and told him how much the team needed him out on the field.

Something Jones said, or maybe the way he said it, rubbed Ratliff the wrong way. Ratliff stood up and got in Jones' face, making a derisory comment about his age.

Jones was left absolutely fuming, and Ratliff's DUI arrest the next month only made the Cowboys owner/GM more determined to show him the door.

Jones isn't the kind of guy who's willing to brush off an insult. Ratliff's most recent failed physical was the excuse Jones needed to unceremoniously dump him, and if JJ needs to throw $7 million in the dumpster to make a point, he'll do it in a heartbeat.

Why Jason Witten Deserves to be a Hall of Famer