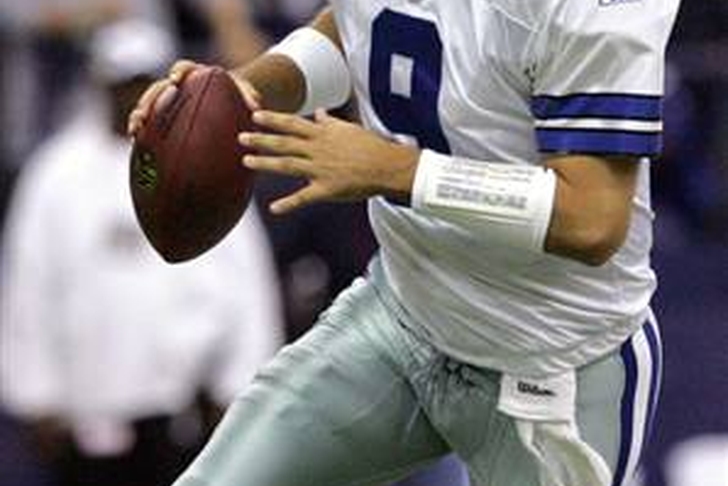 After one of the most bizarre first quarters in recent memory, the game settled down slightly as both teams got their sea legs. DeMarco Murray continued to pick up tough yards, and on the second play of the quarter Tony Romo hit Miles Austin for an 18-yard pickup.

The drive continued into Giants territory, but sloppy offensive execution forced the Cowboys to go for a field goal rather than continue their drive. Dan Bailey made no mistake, drilling a routine 38-yarder to put Dallas up 6-3.

The defense continued their hot start, forcing a penalty and a three-and-out on the ensuing Giants possession. Dwayne Harris showed nice burst, returning the punt 14 yards, and the Cowboys started their drive at their own 29-yard line with 7:52 left in the half.

A methodical, patient drive propelled the Cowboys down the field, and Tony Romo exploited soft coverage underneath again and again to his running backs and tight ends. DeMarco Murray and Jason Witten picked up first downs along the way, and it was Witten who eventually caught a 15-yard touchdown pass over his back shoulder to put the Cowboys up 13-3 with 2:55 remaining.

The Cowboys defense, which had been stellar for almost two whole quarters, finally made a critical mistake. Confusion before the snap led to safety Will Allen blowing a coverage, and Victor Cruz sped past him into open space, where Manning found him for a 70-yard touchdown reception. With 1:50 left in the half, the Giants closed the gap to 13-10.

The Cowboys started a drive that started out looking promising, but a hush fell over the stadium with :38 remaining when Tony Romo ended up sandwiched in between two Giants defensive ends. Romo was knocked off his feet and stayed down for some time, and he was immediately replaced by Kyle Orton. The Cowboys couldn't convert the third-and-long that came up next, and after a punt the Giants took a knee to run down the clock.

First half MVP: DeMarco Murray. Murray looked dangerous every time he touched the ball, and if Tony Romo doesn't return he should see an increased workload in the second half.