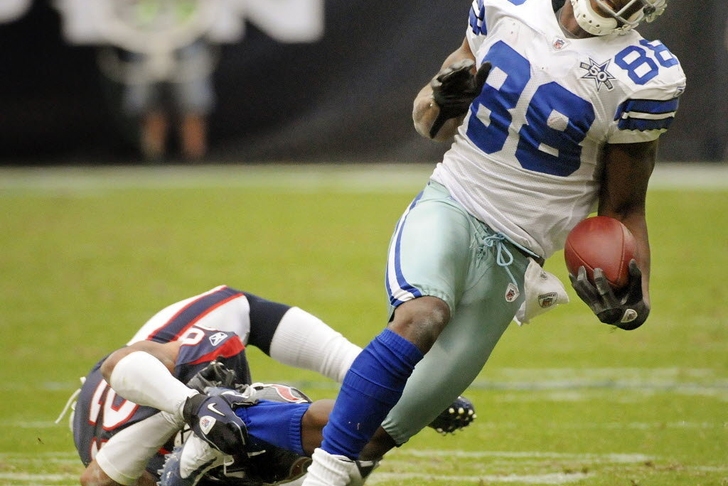 Last week I posted my predictions of fantasy production that certain Dallas Cowboys players would have. Some were accurate (see Jason Witten) and some were not (see Cowboys Defense). I’ll give it another shot this week. Here is what to expect from a few Cowboys against the Kansas City Chiefs.

Romo had a below average performance last week compared to the rest of the NFL quarterbacks. I think part of the issue was the rib injury Romo suffered towards the end of the first half. The Cowboys originally said he “had the wind knocked out of him.” I don’t think many believed that, and Romo didn’t look 100 percent afterwards. It’s tough to get an accurate reading on the Chiefs defense since they played against the Jacksonville Jaguars last week, but there might better options this week than Romo. He’ll be a low-end QB1 or high-quality QB2.

Bryant struggled against the Giants, as he faced double teams throughout the game. He’s battling an ankle injury, but as long as he plays you have to start him. Bryant’s so talented that he’s reached the “you can’t not start him” level. Even after a bad game and an injury, Bryant is still a WR1.

Austin had a very solid game against the Giants and should continue to put up similar numbers all year. With Bryant drawing so much attention, Austin will have chances to make plays. He’s probably still a WR3 or desperation flex player this week, but he’s got the potential to put up big numbers in the future. Of course, he does enjoy playing against the Chiefs.

Witten had another big game against the Giants, a team he loves to play against. He might not have as good of a game, but he’s still an obvious start. Witten is Romo’s safety blanket and will continue to see plenty of targets.

As amazing as a performance the Cowboys defense turned in against the Giants, it is not fair to expect that week in and week out. They won’t get as many turnovers this week and there are better options out there this week.

As hard as predicting kicker performance is, Bailey should be a solid start again this week. If Dallas continues to struggle in the red zone, Bailey will continue to put up good numbers.